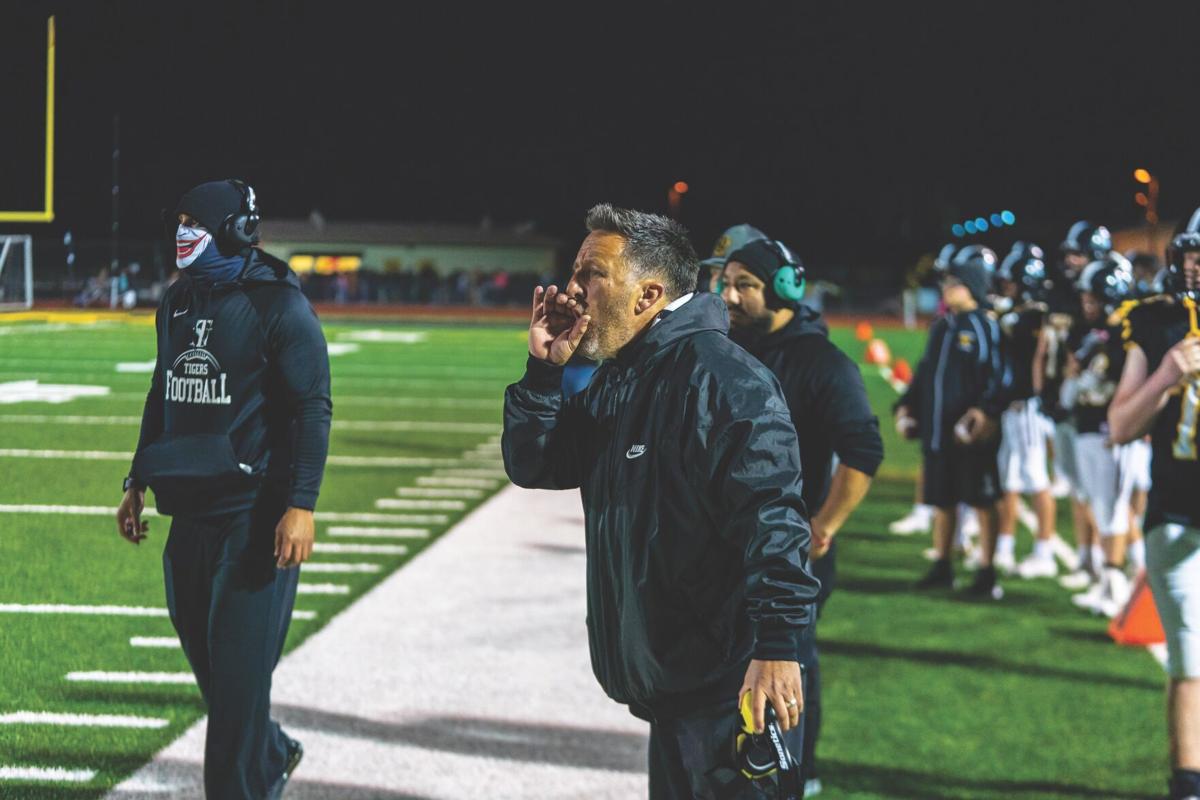 The Terra Nova High School coaching staff was proud of the Tigers, who left it all on the field on Friday. 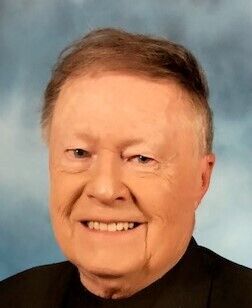 At a capacity William Gray Stadium, the Half Moon Bay Cougars easily handled the host Terra Nova Tigers, 52-21, in the rivalry Skull Game on the Bob Lotti Field. The attendance was estimated at 500.

The two teams play for a trophy, the “Battle of the Bones,” with the winner taking home a saber-toothed tiger skull. The Cougars won last year, 42-12.

For the first time in two years, and despite losing the game, Terra Nova fans were thoroughly enjoying being at a game. For many Terra Nova students, it was the first time they’ve had a chance to enjoy a spirited atmosphere like that. Last year, the COVID-19 pandemic forced the Tigers to play their three games on the road.

The game was close for the first half, but in the second half the Cougars scored 30 points to pull away. But the play on the field did not deter the students from having a festive time in the stands.

Friends were enjoying each other. The stadium was abuzz with laughter. Students were bouncing back and forth to the snack bar. The Tiger cheerleaders entertained the audience with their antics, while sounds of the Terra Nova band rang throughout the stadium. Many people stayed around after the game, especially parents of the senior participants. Senior students of the football team, cheer team and band members were recognized at midfield.

“This is a great night,” said Terra Nova Principal Megan Carey. “It’s a wonderful crowd. The bleachers are filled. The rivalry game with Half Moon Bay is good for both communities. The students are loving it. Football is back at Terra Nova.”

Associate Superintendent of Human Resources and Student Services Doreen Basuino echoed the enthusiasm, saying, “Bill Gray would enjoy seeing this crowd.” (She was Terra Nova principal when Gray was coaching at the school.)

Gray’s leadership in 2006 led to the passage of a bond measure to provide funds to upgrade several Jefferson Union High School facilities, one of which was the Terra Nova football stadium.

Over the 57 years of the series between the two schools, the Tigers lead, 33-19, with five ties. Half Moon Bay has won the last three games. While the first game was played in 1965, it wasn’t until 2005 that the “Skull” was the trophy prize.

From 1962 to 1990, Pacifica’s two high schools played a rivalry game. But, in 1991, Oceana’s athletic program was restructured, eliminating football, so Terra Nova was without a rival game. At that time, Gray, Oceana’s football coach, transferred to Terra Nova as an assistant coach. A couple of years later, after being named the team’s head coach, he sought out a school for an annual rival contest.

Around 1995, Gray and Half Moon Bay’s coach Matt Ballard discussed establishing a game trophy between the two schools. However, the trophy idea didn’t materialize until 10 years later when an agreement was struck between the two school administrations. In 2005, the first “Skull Game” was held.

The decision was made to select a unique trophy that would reflect Terra Nova’s Tiger mascot and Half Moon Bay’s Cougar mascot. It was then decided a saber-toothed tiger skull would be the prize trophy.

In Friday’s game, Terra Nova did not have any answers on how to stop the Cougars.

“The game just unraveled in the second half,” said Terra Nova coach Jason Piccolotti. “The kids fought, and fought hard. There is no reason for us to hang our heads. We have been hurt with injuries. A couple of starters did not play.”

Terra Nova did not make the playoffs, finishing 0-5 in league play and 4-6 overall.

On the surface, it might look like the Cougars were pouring it on, but that was not the case. The visitors simply were just too strong for the Tigers to handle.

Piccolotti gives Half Moon Bay credit for its performance, saying, “That’s a well-coached team. They did not run up the score. Their coach (Keith Holden) is a good dude. He wouldn’t do that.”

“We’ll build toward the future,” said Piccolotti. “We have a very good junior varsity team.”

While listening to Buster Posey’s retirement comments last week, my wife, Marian, asked, “Will any future San Francisco Giants player ever wear the No. 28 jersey?”

That’s a good question, but one I believe will be put to rest. Without a doubt Posey is the best catcher in the history of the San Francisco baseball club, which dates back to 1883 when the team played in New York. I guess you could look at Wes Westrum who played 11 seasons with the NY Giants (1947-1957). He was the team’s catcher for the Giants first World Series championship (1954).  Posey has been behind the plate for three World Series titles.

Most likely the Giants will not consider retiring No. 28 for some time, but he should join the San Francisco jersey retirement club along with Willie Mays (24), Barry Bonds (25), Juan Marichal (27), Orlando Cepeda (30), Willie McCovey (44), and Gaylord Perry (36) and soon-to-be-retired Will Clark’s No. 22. Andrew McCutchen (2018) was the last Giant to wear that jersey.

With his retirement, Posey and his family are

returning to their home state of Georgia. Possibly with next year being the 10th anniversary of the 2012 World Series championship, the Giants will have some type of ceremony. That could be the next time we see Posey on the field.