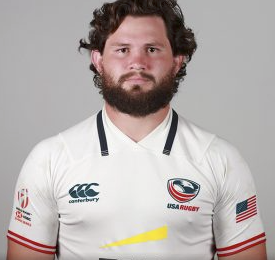 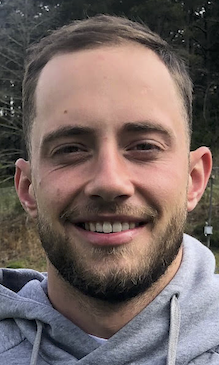 On July 23, in Tokyo, Danny Barrett will be marching in the opening ceremonies of the 2021 Olympics as a member of the U.S. men’s rugby sevens team, while Anthony Gordon will be in St. Joseph, Mo., for the first day of training camp with the Kansas City Chiefs of the National Football League.

The U.S. men’s rugby sevens team is already in Tokyo, having arrived earlier this week; the team is a bit sad as they will be playing in an empty stadium due to COVID-19 protocols.

Japan has declared a state of emergency during the Games to combat rising coronavirus cases in the capital. Olympic organizers have banned

spectators from the event. Just in the past few days there was a report of positive coronavirus cases inside the Olympic Village.

“It’s going to feel strange playing in a very limited capacity stadium,” said Barrett, 31, who was also a member of the 2016 Olympic team that placed ninth in the competition. “An average crowd is around 30,000 wherever we play. The last time I played in an empty stadium was at the University of California.” (The biggest crowd he has played in front of was in London where 75,000 people watched.)

Barrett has been playing professional rugby since graduating from UC Berkeley in 2013. He is one of the most physical and decorated USA rugby players. After college, in 2014, he made his senior Eagles debut in both sevens and 15s, earning him a spot on the 2015 Rugby World Cup team. He was a key member for Team USA at the 2016 Olympics in Rio. In 2018, he played in the Rugby World Cup Sevens.

“After our game in the HSBC Tournament in Vancouver, Canada, in March 2020, everything shut down,” said Barrett. “The coronavirus pandemic caused the rest of the season to be canceled. Gradually, we started training in small groups, having our own bubble of five to six guys.”

While the pandemic shut down Barrett’s playing career temporarily, he was enjoying his personal life. He got married in September. He and his wife, Megan, met at the Olympic Training Center where she played for the women’s sevens rugby team.

At the start of 2021 the team began playing tournaments; however, Barrett stayed home nursing an Achilles injury. The first game he played was in June when the team hosted Argentina at the training center in San Diego in preparation for the Olympics.

The team plays their first Olympics game on Monday, July 26. In the team’s pool they will face South Africa, Kenya and Ireland with the goal of advancing in the tournament. This will be the second time rugby sevens have been played in the Olympics. Rugby made its return to the program in Rio in 2016 when the sport was played for the first time since rugby 15s played in 1924.

“This is a phenomenal feeling, playing in the Olympics,” said Barrett. “I’ve always wanted to play at the highest level at whatever sport I participated in. To have a long career like I’ve had and a couple of World Cups and compete in two Olympics — you don’t expect to do it once, but to do it twice, and to play on a national team representing your country, it’s simply amazing.”

Barrett, who learned the game of rugby at a young age from his two older brothers in his backyard in Pacifica, is competing in his 17th season of organized rugby.

Presently, there are four quarterbacks on the Chiefs. The team is led by one of the best quarterbacks in the NFL, Patrick Mahomes. Playing behind Mahomes is veteran quarterback Chad Henne, who backed up Mahomes last year.

Fighting for that third roster spot will be Gordon and Shane Buechele of Southern Methodist University. Both players went undrafted this year, only to be signed later by the Chiefs. They both participated in the Chiefs’ summer Organized Team Activities (OTAs).

While Gordon was setting multiple passing records at Washington State in 2019, Buechele was rewriting the SMU record book. Over his two years at the school, he had the second-most touchdown passes and third-most passing yards in school history. He was among the top passers in the nation last season, ranking ninth in passing yards and 13th in passing touchdowns.

“It’s been a lot of fun in training camp,” said Gordon. “Compared to this time last year, when I was with the Seattle Seahawks, I didn’t get many reps in camp due to the pandemic. Instead, I was sitting in my parents’ house participating on Zoom. So, getting a lot of reps in the Chiefs’ camp this summer is invaluable. I’m excited about having a better chance to move forward.

“I know I have to be at my best to win that third quarterback position. Shane (Buechele) is really talented. He had an outstanding year at SMU, but I’m ready and really excited of the opportunity to compete,” added Gordon.

Following the OTAs, Gordon returned home where he works out with fellow athletes at a training facility in Dublin. One morning he talked to youth athletes who were attending a football camp at Terra Nova. He also joined his family for a trip to Hawaii before heading to Kansas City this week.

It's very likely Gordon will play in his first NFL game when the preseason opens next month. Kansas City and the San Francisco 49ers will play a first preseason game at Levi’s Stadium on Aug. 14.

“It’s pretty ironic that my first NFL game is being at home and playing in front of family and friends, so that will be cool,” said Gordon, who looks forward to playing the game. “I hope to build my resume and show the coaches what I can do. I have to bring my best on every play.”

Currently, he is on the 90-man roster, and hopes to be on the 53-man roster when the league begins in September. The other option available to him is to be named to the team’s 16-player practice squad. Those players are allowed to practice with the team.

“I have my chance now, so I want to make the most of it,” added Gordon.