You are the owner of this article.
Edit Article Add New Article
You have permission to edit this article.
Edit
Welcome, Guest
Home
News
Coronavirus
Sports
Community
Opinion
Obituaries
Classifieds
Calendar
Services
About
SUBSCRIBE
1 of 4 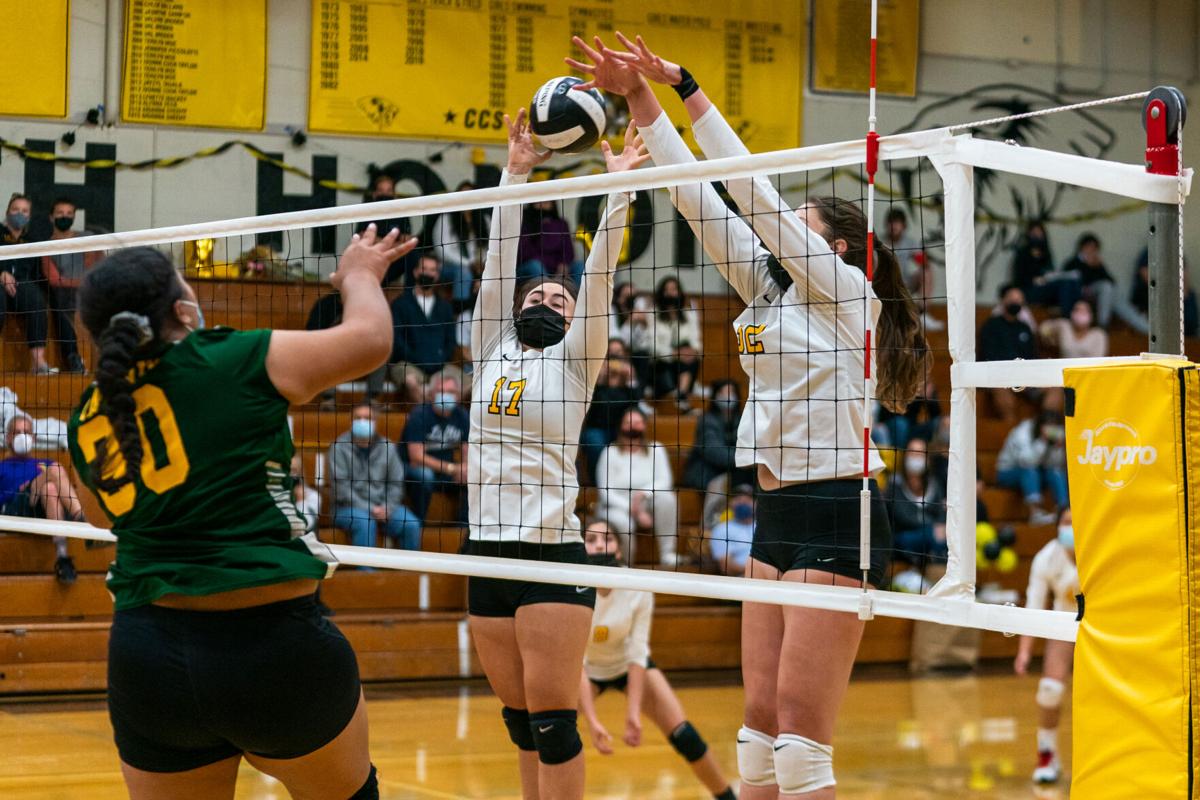 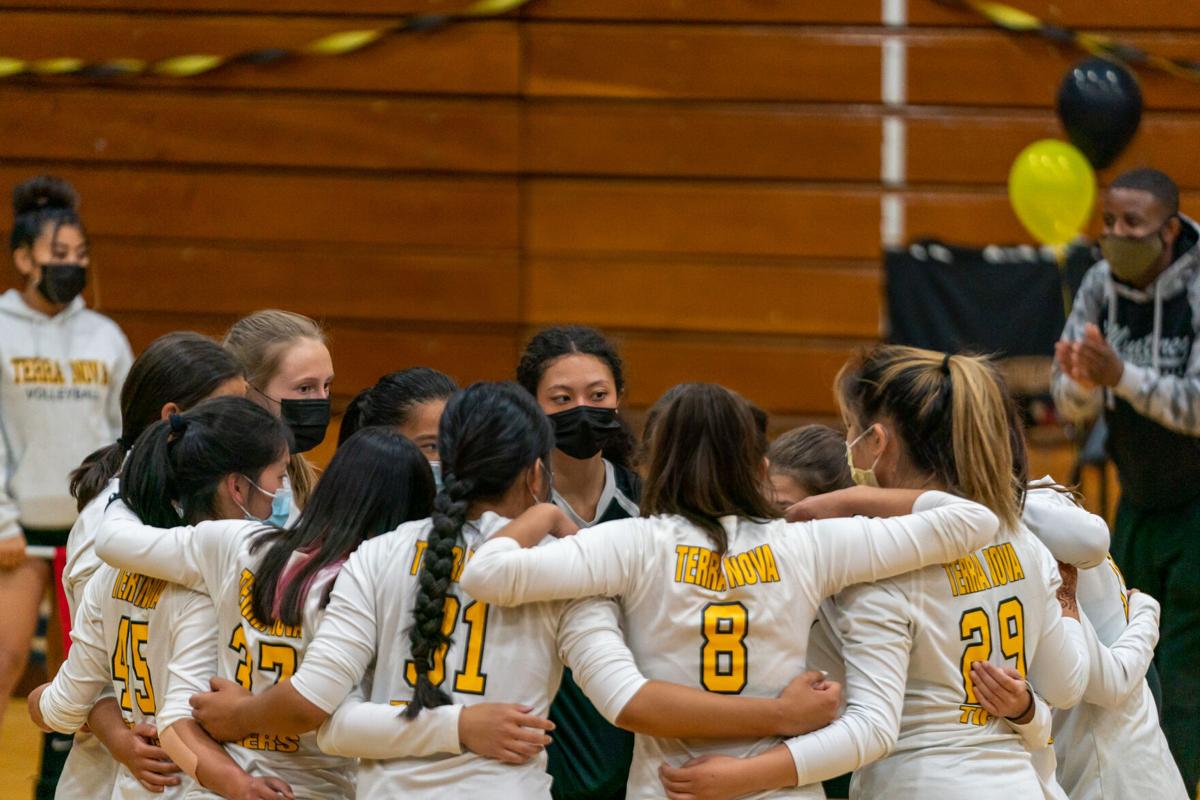 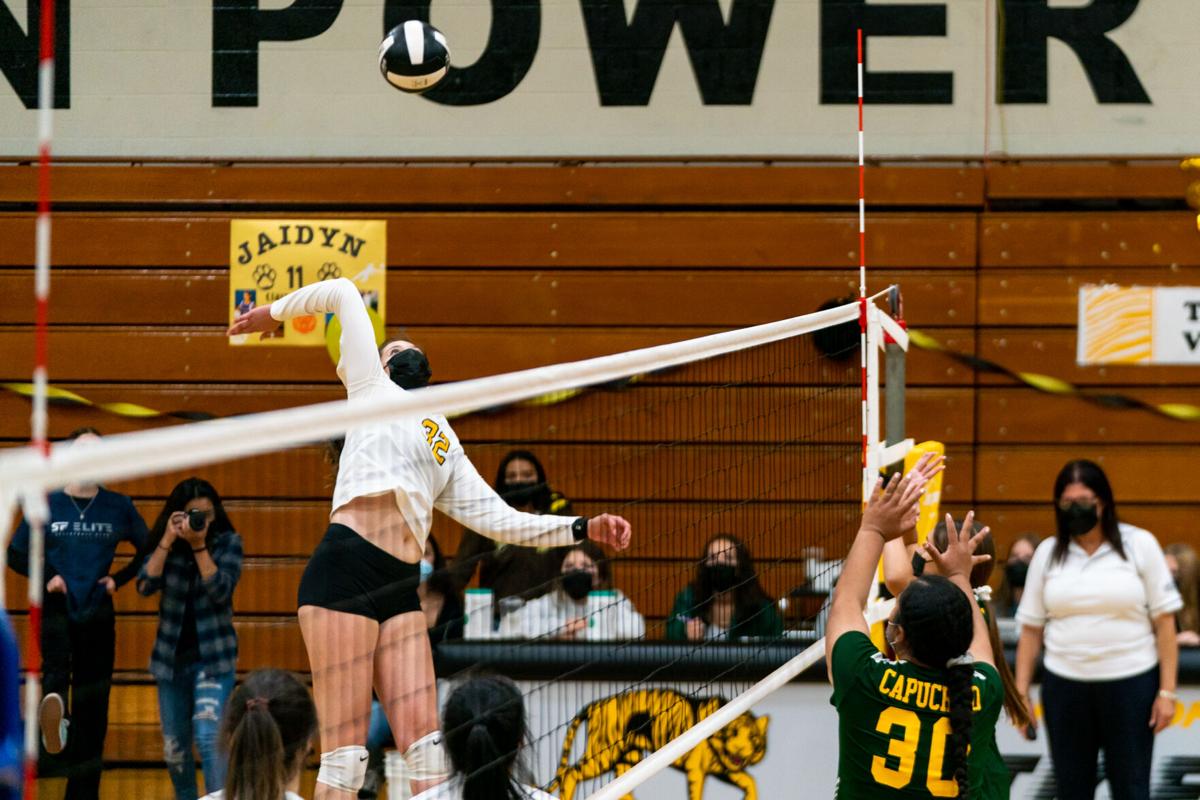 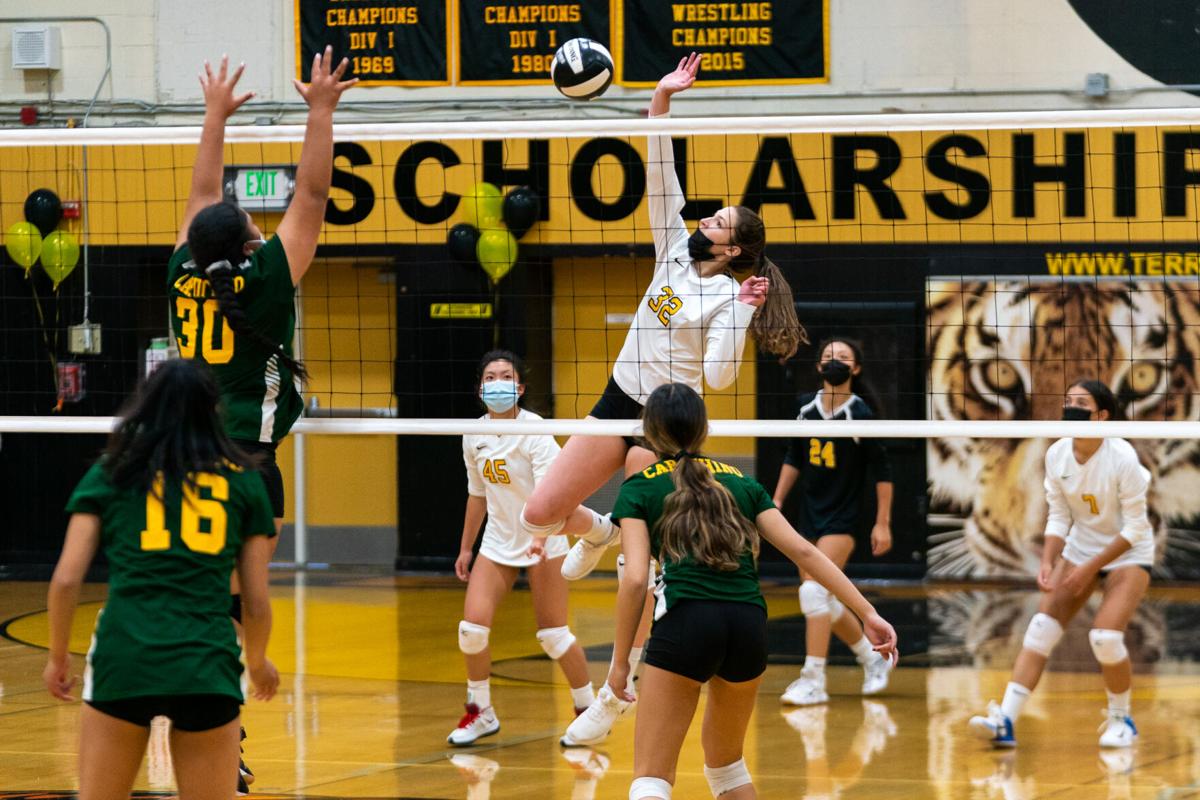 The Mustangs took the victory, but it was in no way an easy match. The Tigers fought for every point and put up a relentless defense.

“They had grit,” said Terra Nova head coach Kawann Summerville. “They stayed in it even when they were down. They kept fighting.”

Jessica Causey led the Terra Nova offense with decisive kills in the first set.  The Tigers hung just a few points behind the Mustangs but were unable to take the lead. Capuchino took the first set, 25-21.

“Cappuccino played hard today,” Summerville said. “We came out a bit flat, while they came out with more energy.”

Terra Nova found its footing in the second set by taking an early lead and maintaining a strong defense against Capuchino. Terra Nova held onto the lead for almost the entire set, only falling behind once before reclaiming the lead and winning its only set, 25-17.

At 1-1, the teams entered the third set fighting for the lead. The girls fought through long rallies, neither team taking more than a point lead before Capuchino pulled away with an 11-0 scoring run. The Mustangs maintained a strong lead through the end of the set, claiming the third set, 25-15.

Capuchino walked away with the victory, claiming the final set, 25-15.