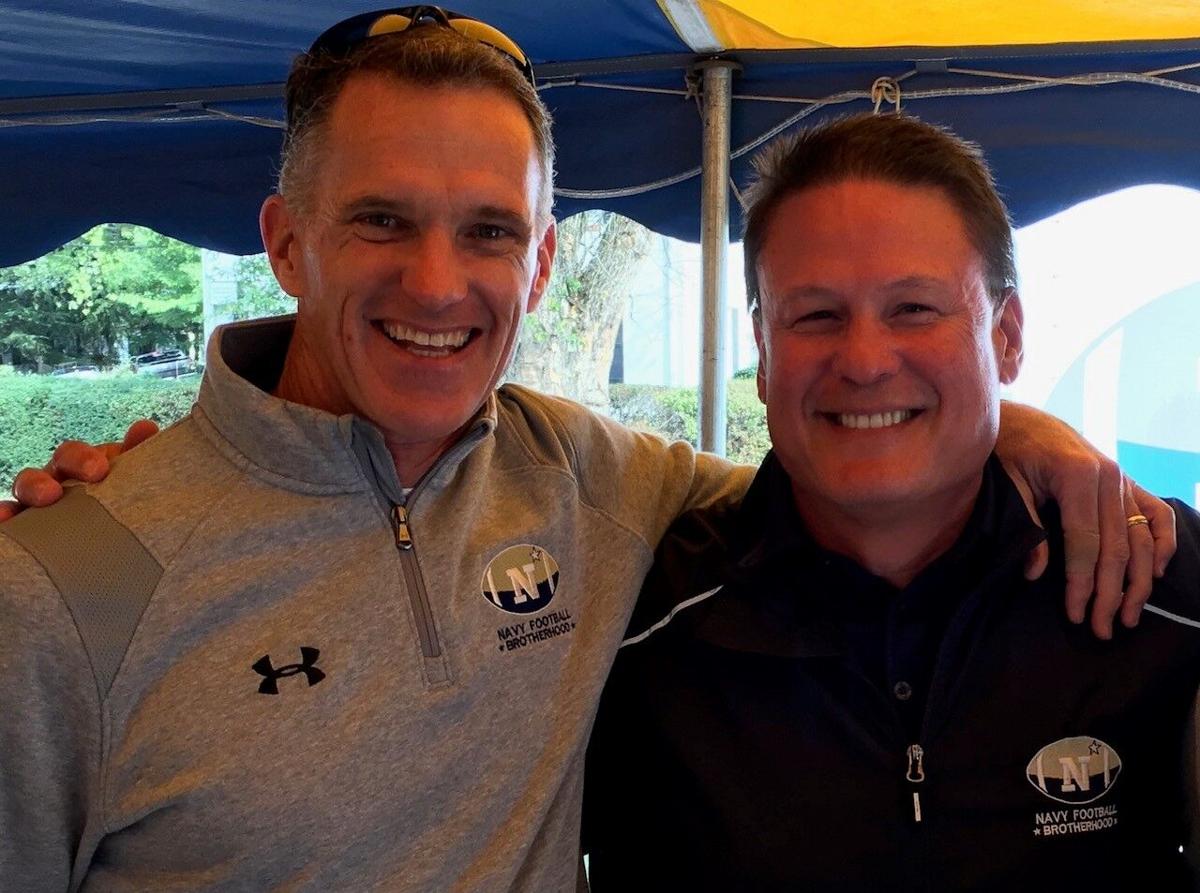 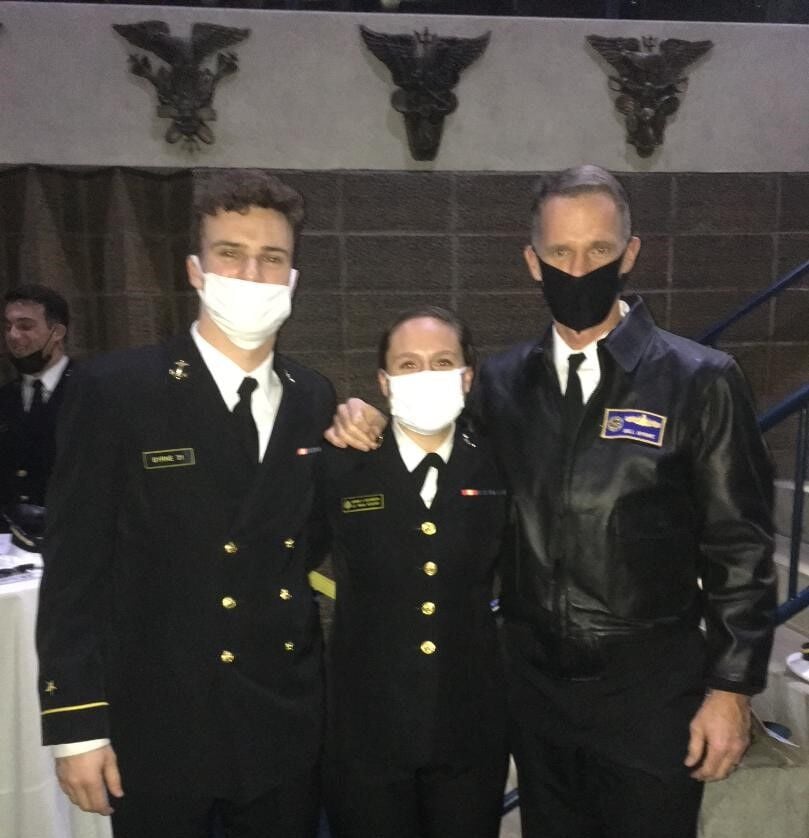 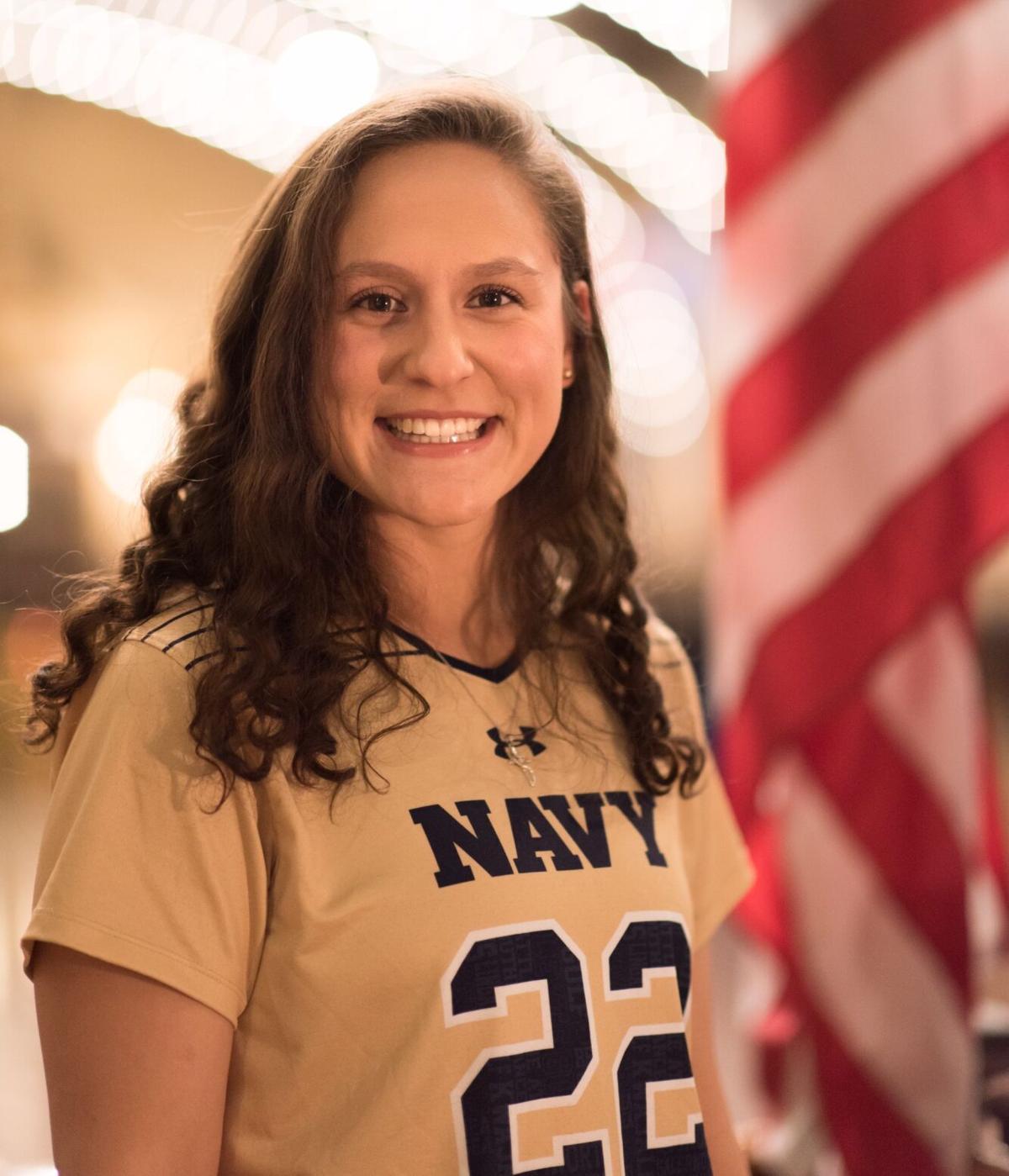 Recently, Terra Nova High School alums Bill Byrne and Joe Buenavista were reminiscing about their relationship over the years – growing up in Pacifica, playing sports at Terra Nova, induction into the Pacifica Sports Hall of Fame, attending the U.S. Naval Academy, serving as officers in the Navy, and now both having children in the U.S. Naval Academy Class of ’21 — Joe Byrne and Gianna Buenavista.

“Bill and I agree that it’s a nice story given how rare it was for the two of us to have gone to USNA together in the 1980s and now having children in the same class so many years later,” said Buenavista.

Both Byrne and Buenavista were three-sport athletes at Terra Nova, both excelling in football. They both played on the 1981 “Junkyard Dogs” North Peninsula League championship team. Bill played quarterback and Joe was his favorite receiver. They graduated in 1982.

Following graduation, both were accepted into the U.S. Naval Academy. There were plenty of touchdowns and victories in Byrne’s career as quarterback for the USNA team. He finished his collegiate career in 1986 having broken 15 school records, including most completions, most yards passing and most touchdowns in a single game, season and career. In their first two years together playing football at Navy, the pair continued to connect many times as they did at Terra Nova. Buenavista, however, eventually chose another route.

Following a football injury in his second year, he was recruited to play rugby and he instantly took to it. Playing at the fullback position, he led Navy to conference championships his junior and senior years. Buenavista was named the Navy team captain and won the MVP award his senior year. He was also selected to the All-Potomac, All-Navy, and Military All-American teams. While serving on military duty aboard the USS Constellation, he coached and played on the Constellation Battle Group rugby team for three years. Both Byrne and Buenavista graduated from the Naval Academy in 1987.

When they left Pacifica, neither was sure about pursuing a military career. For Byrne, the Naval Academy gave him the opportunity to play football at the college level. He continues to serve in the Navy today. For Buenavista, it was also an opportunity to play football in college, but, more importantly, he would be following in the footsteps of his dad whose first assignment was the USNA in 1960. After his six years of service, Buenavista transitioned to the business world, eventually returning to settle in the Bay Area with his wife, Paula, and their two children.

“Joe and I graduated from the Naval Academy 34 years ago and I have been in the Navy ever since, sticking around much longer than I anticipated,” said Byrne, who now holds the rank of rear admiral. He is currently serving as vice director of the Joint Staff at the Pentagon.

“I wanted to play football in college, and since only one school was willing to give me the chance to do so, my decision was simple. However, I was fully convinced that after my five years of mandatory service following graduation, I was coming home to teach and coach football at Terra Nova. But somewhere along the way I started liking the Navy, and at some point I started loving it. So here I am, 34 years later,” Byrne said.

“While stationed at Annapolis, my dad met my mom. He never stopped telling me stories about the Navy and Annapolis,” said Buenavista. “My mom, being from Baltimore, added her stories and influence as well, so you could say I grew up with Annapolis on the brain. Of the scholarship offers I had as a senior at Terra Nova, the offer from Navy automatically meant I was heading to Annapolis.”

While it was almost a given that Byrne’s son, Joe, was going to attend the Naval Academy following his dad, mom Amy, a USNA 1987 graduate, and three older siblings who are all USNA graduates, it was a little different for Buenavista’s daughter, Gianna.

“Gianna grew up hearing the stories about her grandparents and of course stories of Bill and me,” said Buenavista. “Military service is a big theme in my extended family and she has grown up with multiple generations and extended family in the Navy and Army.

“She definitely had a high degree of exposure to the Naval Academy and the idea of military service,” he said.

“Still, she told me early on that she was not interested in going to a military school,” continued Buenavista. “Of all the schools she was accepted to and the scholarships offered, Navy was the second to the last offer she received. She’s a thoughtful kid and kept us on ice while she weighed her options.” laughed Buenavista. “In the end, the idea of family legacy, being a part of something much bigger, and finding purpose through service to country appealed to her.”

“Joe had a rather typical ‘military kid’ upbringing,” said Byrne of his son. “He (and we) moved nine times in his first 17 years. When he graduates this month, his four years in Annapolis will be the longest he has ever spent in one spot. He went to three different high schools including spending his junior year at an international school in Busan, South Korea, when I was assigned there as commander of U.S. Naval Forces in Korea.”

Like their parents, both Gianna and Joe are athletes. They both play lacrosse at the Academy. Gianna also is a member of the school’s gospel choir.

Joe Byrne, 21, and Gianna Buenavista, 22, will graduate on May 28 and will be commissioned to the rank of ensign. They have already selected the ships on which they will serve as surface warfare officers. Out of 275 surface warfare officer candidates accepted, Gianna was ranked 79th, and Joe 100th. Following completion of the basic division officer course and the junior officer of the Deck School, they will report for duty aboard ship. They will have temporary duty at the Naval Academy, report for school in August, and eventually join their ships: Gianna to USS Hopper, home ported out of Hawaii, and Joe to USS Halsey out of San Diego.

It will be the same route their parents took in 1987 when they were initially stationed in San Diego.

Fortunately, because of Rear Adm. Byrne’s former position as commandant of midshipmen at the Naval Academy, he had the opportunity to represent both families to greet and congratulate both Gianna and Joe. However, it will be different for the graduation exercises, which both families will attend.

“Commissioning week is celebrated with receptions, parades, music, the Blue Angels, and so much more. In fact, there are so many options, you have to pick and choose which event to attend.” said Buenavista. “It’s an incredible multigenerational story, the relationship between two families from Pacifica, and how the relationship Bill and I have had through the years is now culminating in this moment of seeing our children follow in our footsteps.”

“Bill and I have had an unbelievable parallel path since our days at Terra Nova,” added Buenavista. “In addition to a close friendship linked with so many commonalities, we both have children graduating from the Naval Academy in the same class. It’s a remarkable story that we are both blessed to have in common.”