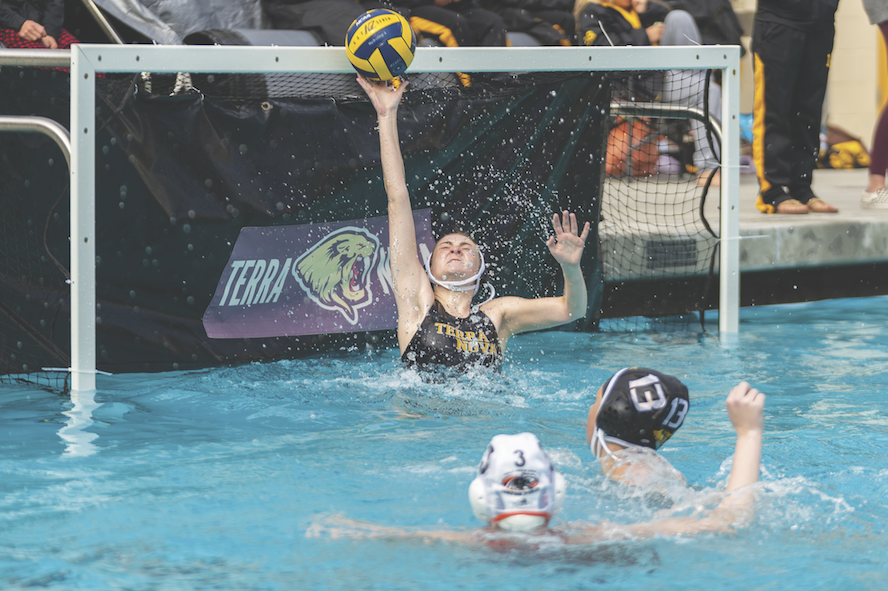 Terra Nova's Claire Schaeffer blocks a shot attempted by Half Moon Bay during their match at home on May 25. Adam Pardee / Tribune 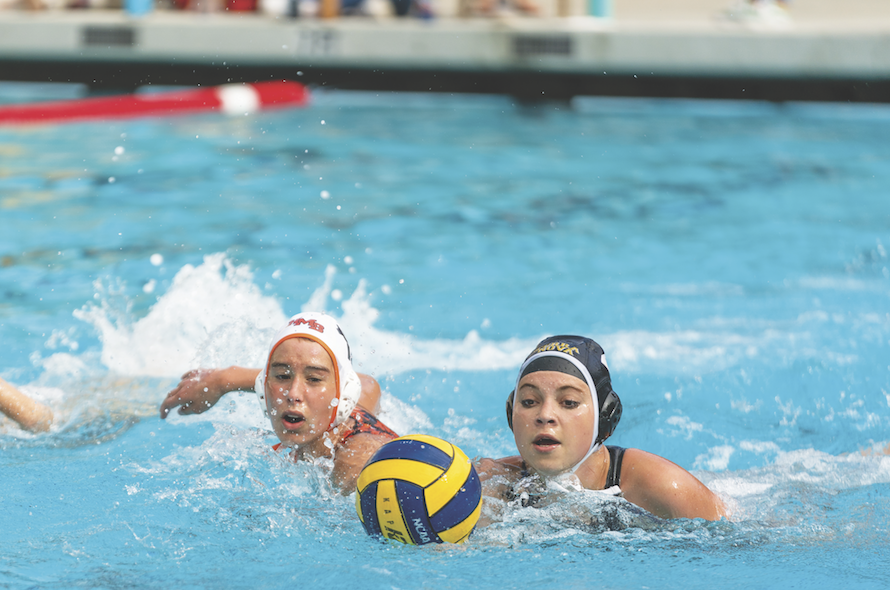 Terra Nova's Maya Orsi swims toward a loose ball during the Tigers' match at home on May 25. Adam Pardee / Tribune

Terra Nova's Claire Schaeffer blocks a shot attempted by Half Moon Bay during their match at home on May 25. Adam Pardee / Tribune

Terra Nova's Maya Orsi swims toward a loose ball during the Tigers' match at home on May 25. Adam Pardee / Tribune

“The varsity Half Moon Bay game was a tough one,” said Don Potter, head coach for Terra Nova, in an email. “They beat us earlier in the season but we hung with them in this last game up until the end.”

The Tigers put up a strong offensive effort against the Cougars, only losing by three goals.

Hole set Sophie Burns stepped up her game in front of the net, scoring five goals.

Ayva Mould, junior varsity captain, was pulled up to play because Anna Steinberg was unable to play. Mould contributed five goals. Point player Crystal Melton contributed three goals and was crucial in controlling the pace of the game.

“We are always strong on defense and we take great pride in covering teams with man on man coverage,” said Potter. “Our girls did a great job of covering on defense. We need to work on transitions when the ball changes hands and making good shots on offense.”

After falling to Half Moon Bay, Terra Nova took on Mills High School and pulled out a strong victory, winning 9-6.

“They beat us earlier in the season, so we knew what to expect,” Potter said. “They have one player in particular who is a good shooter and is difficult to guard. We focused our energy on guarding her and our strategy worked. It was a great game, back and forth, right up till the end. Everyone really stepped up for this game and I was really proud of their performance.”

After an unpredictable season due to COVID-19, Potter and the team are looking forward to a more traditional season in the fall but will miss seniors, Steinberg, Claire Shaeffer, Faith Esparza and Lila Franco next year.

“We are looking forward to a regular fall season,” said Potter. “All and all it's been a great season and I'm really proud of the girls, both in how they played and how they came together as a team.”