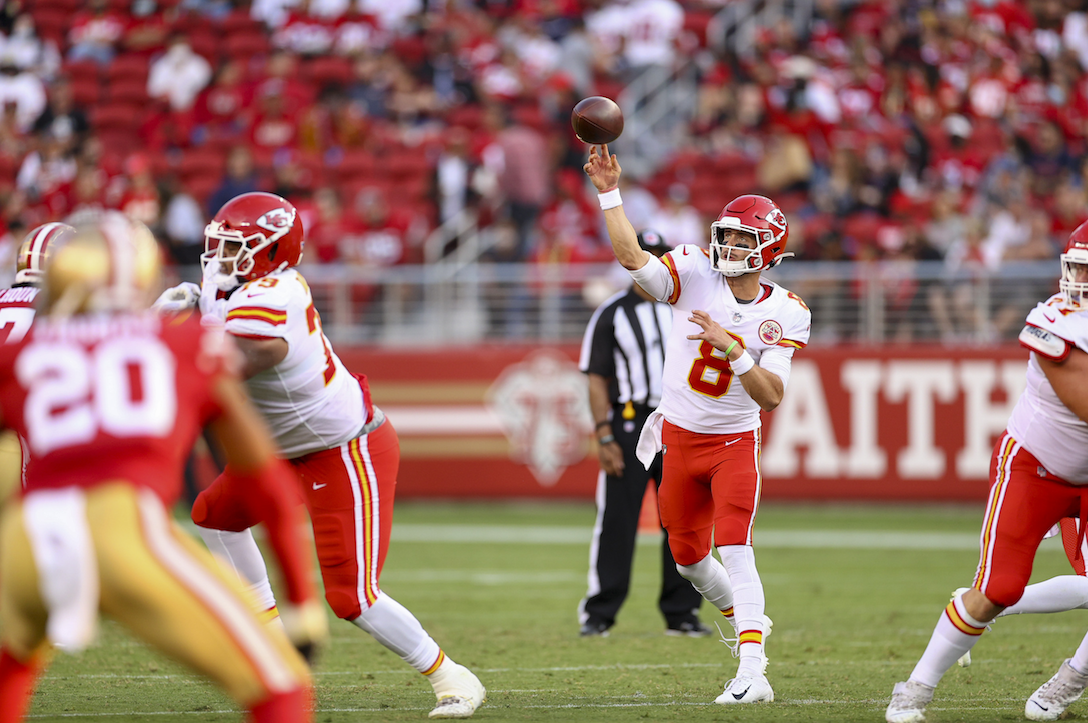 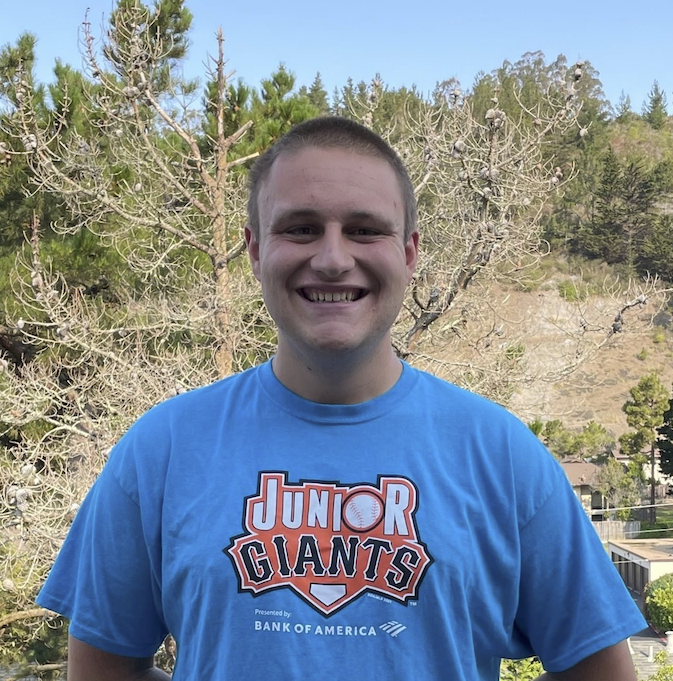 History was made on Aug. 14 when Pacifica native Anthony Gordon became the first Terra Nova High School graduate to play in the National Football League. Making his professional debut with the Kansas City Chiefs, he was one of four quarterbacks to play against the San Francisco 49ers at Levi’s Stadium.

Unfortunately, Gordon was waived on Monday, ahead of Tuesday’s deadline to cut rosters to 80 players.

Gordon had signed a reserve/futures contract with the Chiefs earlier this year. He played several minutes of the game on Aug. 14, finishing with 11 passes in 17 attempts for 79 yards, including a 12-yard drive for 50 yards in the second quarter.

It’s a good thing that many family members and a host of friends attended the game to see him play because if you were watching on television you would have never known he was in the game.

Obviously, the play-by-play announcers did not do their homework, as there was no mention of a Bay Area athlete playing quarterback for Kansas City. Announcers Greg Papa and Tim Ryan are two of the best sportscasters in the business, but they fumbled the ball on failing to recognize Gordon.

Prior to the game, Anthony’s parents, Ryan and Gina Gordon, hosted a tailgate party for family and friends.

“Seeing Anthony on an NFL field was a great experience. What made it even more special was the support he received from his family and friends that showed up to tailgate before the game, and all of the messages we received from the Pacifica community,” said his father, Ryan. “Our family has a long tradition of playing quarterback so I, my brothers, and my sons all felt like a part of us was out there with him on the field. We are extremely proud of him and all of our boys.”

Gordon followed up his game against the 49ers by playing a short period of time in the fourth quarter in the 17-0 Chiefs win over Arizona on Friday.

With the Chiefs leading late in the game, Gordon’s role was limited to the running game. Up until the two-minute mark, he was a perfect 7-for-7 in passing, with 42 yards. At that point, Kansas City Coach Andy Reed apparently decided to just run out the clock with a running game, as Arizona was out of timeouts.

Gordon looked good in the rookie minicamp and handled himself well in limited preseason play. He ended 18-for-24 passing with 121 yards in the air.

“The Olympics were great,” said Pacifica’s Danny Barrett, who was playing in his second consecutive Olympics. He has since returned home to San Diego, site of the team’s training center.

“The Olympics were not nearly as bad as the media made it out to be,” he added. “It felt like any other city in quarantine. As long as you wore your mask in and around big groups, you were good. When you were inside the Athlete Village, you could do whatever you wanted: walk around taking pictures, mingle with other athletes from other sports/countries (if you wanted), go shopping in the village, and get a haircut. Any number of things.”

Team USA was eliminated from medal competition, losing to Great Britain, 26-21. Barrett scored the opening try (similar to a football touchdown) to help put USA up 7-0 early in the first half. USA would go on to take a 21-0 lead, only to blow the lead, with Great Britain scoring 26 unanswered points.

In earlier competition, USA defeated Kenya and Ireland. In the first game, Barrett split his eyebrows open 10 seconds into the game and required 11 stitches. He didn’t stop playing; just taped it up and got on with the game. With the heartbreaking loss to Great Britain, the team played out the tournament in the bottom bracket, beating Canada in the fifth game of the elimination match but losing to South Africa in their final game.

Despite the disappointment, Team USA improved upon its finish at the Olympic Games in Brazil in 2016 when the sport of rugby sevens made its Olympic debut and USA placed ninth overall.

Now that the Olympics are over, Barrett is enjoying some downtime with his wife and their two dogs.

“It has been a wild ride over the last 18 months to get to the Olympics, so a bit of decompression is important before we move on. I know my body will thank me for it when all is said and done. I am currently just enjoying time and waiting for the baby we have coming in January,” he said.

Baseball award: Congratulations to Anthony Rissotto for being named this year’s recipient of the San Francisco Junior Giants Willie Mac Award. The annual award is given to a person who illustrates outstanding characteristics in leadership, confidence, integrity and teamwork.

The 2017 Riordan graduate has also been working at Oracle Park for the past four years. He patrols the Giants’ Fan Lot and centerfield bleachers.

“I am thankful for the opportunity to have coached many kids, many of which have gained a real confidence and enjoyed playing,” he said. “In fact, some of them have since moved on to more advanced baseball leagues.”

Normally, the Giants recognize the honorees on the field before a game, but, because of COVID-19, the recipients had they names displayed on the stadium scoreboard during a recent game.