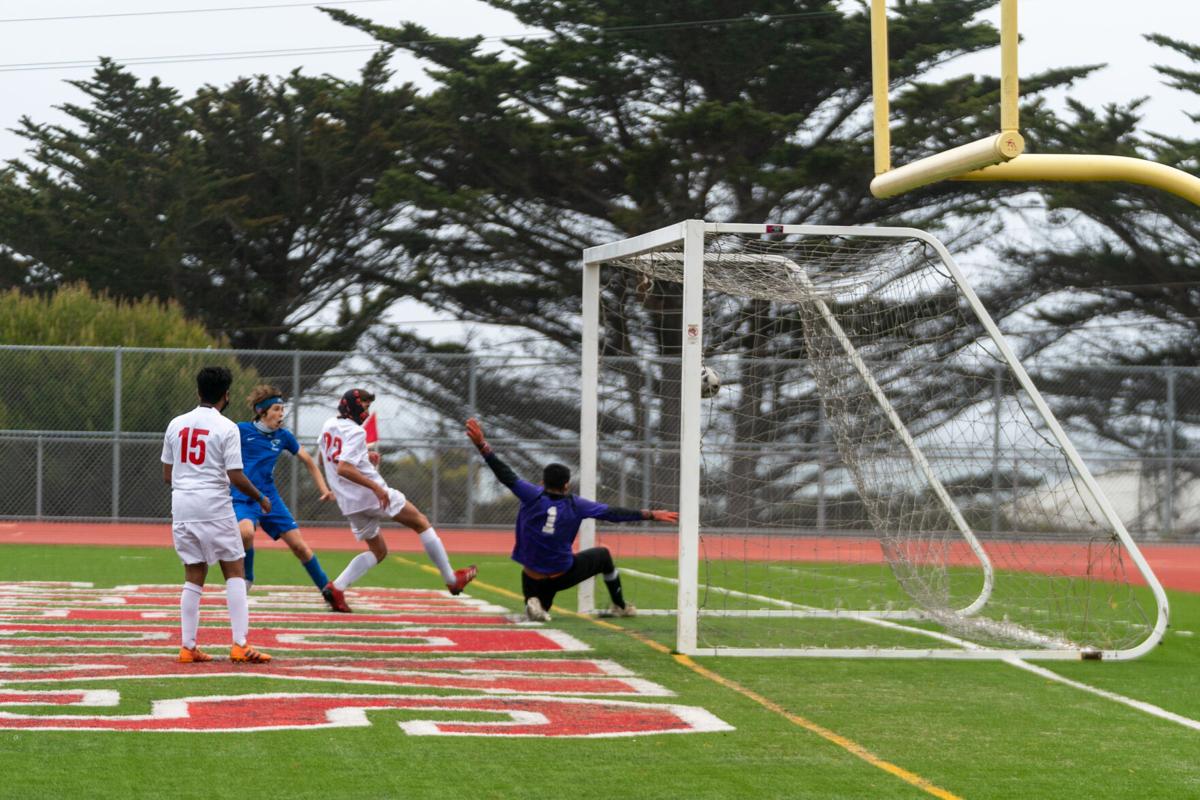 Mills and Oceana battled to a 2-2 tie on Friday. Adam Pardee / Tribune 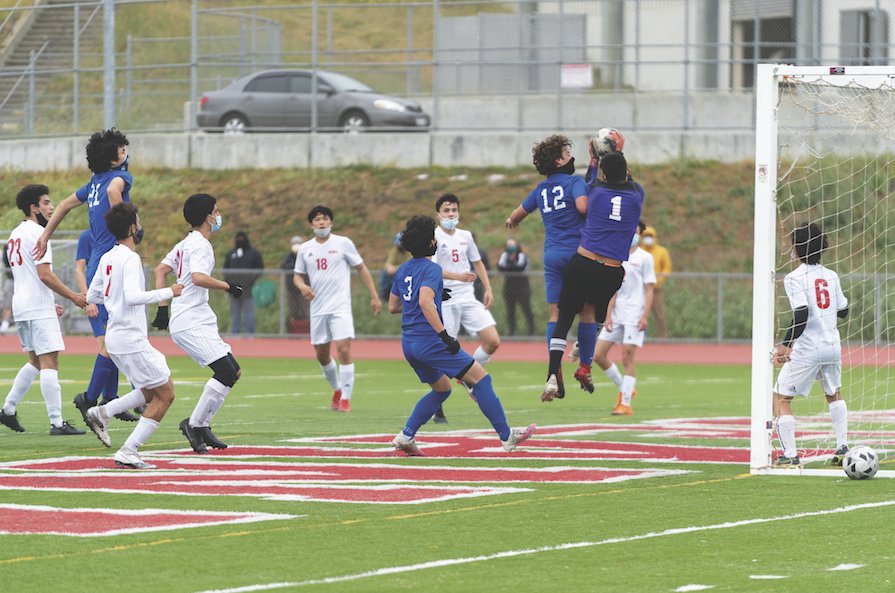 Santino Baldassarre jumps in the air in an attempt to head the ball, but it’s caught by the Mills High School goalie during a 2-2 tie at Oceana High School on Friday. Adam Pardee / Tribune

Mills and Oceana battled to a 2-2 tie on Friday. Adam Pardee / Tribune

Santino Baldassarre jumps in the air in an attempt to head the ball, but it’s caught by the Mills High School goalie during a 2-2 tie at Oceana High School on Friday. Adam Pardee / Tribune

The late afternoon mist settled on the field as the Oceana High School boys soccer team kicked off against Mills High School on Friday. Spectators didn’t have to wait long for scoring in a game that ended in a 2-2 tie.

The Vikings scored within three minutes of play, setting them up for a strong offensive performance in the first half.

Tensions between the teams and between players and the game officials were high, resulting in two goals from penalty kicks. The first occurred in the first half and gave Mills its second goal of the game, putting the Vikings up 2-0 at the half. The second was scored by Santino Baldassarre in the first minutes of the second half, giving Oceana its first goal of the game and closing on Mills’ lead, 2-1.

After struggling on both sides of the field in the first half, the Sharks came out in the second half down by two but with a new energy.

“The second half we shined a lot,” said Eric Cabrera, coach for Oceana. “We were more disciplined and a little more patient. We cleaned up our messes and we transitioned well from the back. Our wingers, Mateo (Pirz) and Owen (Gibson), were making more space and demanding the ball a lot more.”

After the halftime break, it looked like a new game. Oceana’s defensive line stepped up coverage and Mills didn’t score in the second half.

“It was really just the energy in the second half,” said Owen Gibson. “We played better defensively. And we just played better knowing we were two down and needed to come back.”

The strikers for the Sharks also played with an enthusiasm not seen in the first half.

“We just worked harder,” said Mateo Pirz. “The effort was low in the first half, and the second half we realized we can’t win this game without playing it all the way up and increasing the level.”

The Sharks fought the Vikings defense, consistently getting the ball into striking territory. But despite good looks, they failed to execute on attacks.

Even with the improved performance in the second half, Oceana remained behind by one.

With only minutes to go in the match, a defensive block by the Vikings resulted in a corner kick for the Sharks. Capitalizing on the offensive advantage on the inbound, Victor Alberto Lino scored, with an assist from Baldassarre to tie up the match.

Despite limited seating due to COVID-19 safety regulations, the stands erupted in celebration.

“That was my first goal of the season,” said Lino. “I was ecstatic.”

Up next: Oceana takes on Jefferson High School today.

“If we just play like we did in the second half, I think we should be good to go,” said Pirz.