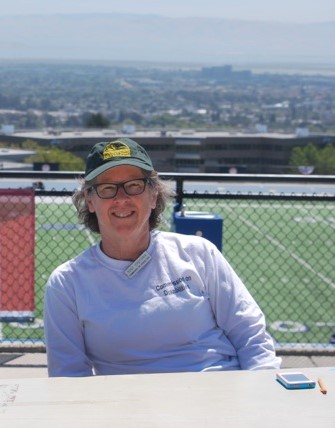 Director, Secretary
Susy is a long-time Coastside resident with an interest in truth and local journalism. 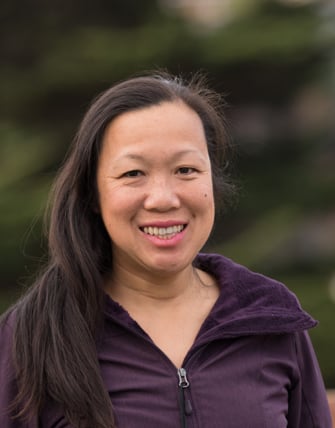 Director
Cherie and her husband, Bruce, moved from Oakland in 2008 to spend more time with her brother's young family in Pacifica and enjoy a slower pace of life on the coast. Instead, she immediately became involved in her new community, starting as editor of her neighborhood newsletter. Cherie is particularly passionate about and has volunteered for organizations that improve access to lands conserved for the public good, in all seasons. She has served on the boards of some of these organizations. More recently, Cherie has focused her time volunteering for community organizations that include her two young children, such as the Pacifica Mothers Club and her local PTO. Cherie works in energy policy for the state of California and strives to incorporate the best of these practices into her home and broader community. 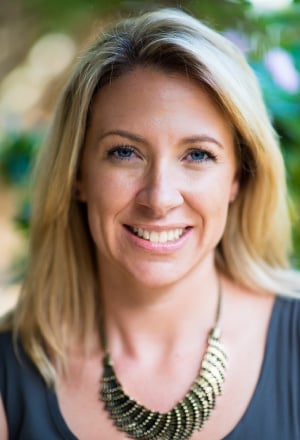 Director
Kelly Hoffman-Davis is a lifelong Coastside resident. She graduated from Half Moon Bay High School in 2000. After her commencement from HMBHS, Kelly attended the California College of Arts. In 2005 Kelly purchased The GraphicWorks from the original owners, and relocated the business to its current location at 1300 Main Street in Montara, California. Since the purchase, Kelly and her team have been advising, designing and producing promotional products and programs for organizations who understand that quality matters. Under her leadership, The GraphicWorks was inducted into the Half Moon Bay Chamber Business Hall of Fame in 2009. Kelly served over 10 years on the Half Moon Bay Chamber of Commerce board during that time she served as both Chair and Vice Chair of the Board and Committee Chair for Rock the Block, Coastside Ambassadors and was a founding member of the Coastside Young Professionals Committee. In 2007 she was recognized for these efforts with the Bert Carli Volunteer of the Year award. In 2015 she was recognized again as a Half Moon Bay Coastside Lifetime Volunteer Award. Expanding her volunteer roles beyond the Chamber, Kelly accepted an invitation to serve on the Mavericks Community Foundation Board in 2016. In addition to her work in the community, Kelly also enjoys spending time volunteering for her children's school as a PTO as the Board President for Farallone View Elementary. When she not working or volunteering, Kelly, her husband Troy, French Bulldog Vader and two sons, Tahlon and Brayden, can be found enjoying the fabulous restaurants, shops and beaches that the coast and nearby cities have to offer. 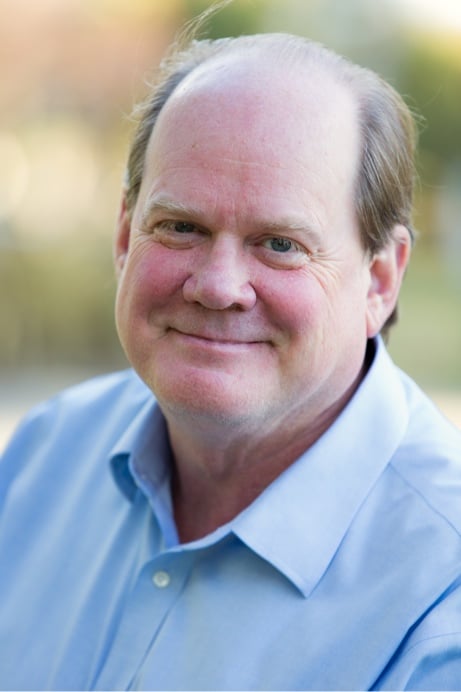 Director, CEO
Rich and his wife Kathy live in El Granada with their dog Charlie. They have lived in the Bay Area since 1978, and have loved the Coastside since then. Six years ago they figured out they could just live here full time. Rich spends time each week at the Review, and is focused on upgrading its online presence. He is a retired Silicon Valley tech entrepreneur who co-founded a successful cloud software company that made it easy for credit unions and community banks to take mobile deposits. He is an avid reader and book club member, with three daily newspaper subscriptions. He is learning Spanish in his old age, and is now enrolled in the Masters program at San Francisco State University. Rich is especially interested in issues of migration and economic opportunity. Kathy and Rich support local nonprofits like ALAS, Coastside Immigrant Advocacy Group, Puente de la Costa Sur Bay Area Border Relief, and Coastside Hope. Kathy loves politics and has volunteered in every presidential campaign since Lyndon Johnson. Kathy and Rich travel extensively, often with their son Rob and daughter-in-law Yanting, who live and work in the Washington, D.C. area. Rich is the CEO and majority owner of Coastside News Group. 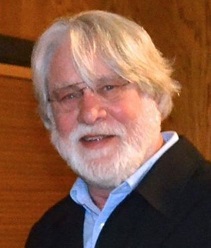 Director
Peter Loeb has lived in the same house in the west Rockaway Beach neighborhood of Pacifica since 1975. He has been involved in the community ever since. He served 2 terms on the Pacifica City Council from 1982-1990, including 2 terms as mayor. He was one of the creators of the Fog Fest and was President of the FFOG board of directors for several years. He has been involved in many local political campaigns and many community groups, including Friends of Pacifica, Community Organization of Watchdogs, Pacificans for Sustainable Development, Pacificans for Highway 1 Alternatives, Pacificans for a Scenic Coast, Pacifica Housing 4 All, and Pacifica Progressive Alliance. He is past president and current member of the board of directors of the Sanchez Art Center. He is a major donor to the Pacifica Resource Center, Pacificans Care, and Sanchez Art Center. Before moving to the Bay Area, he was Assistant Professor of Social Work at the Saint Louis University School of Social Service. In the Bay Area, he was Research Associate and Project Director for research projects at University of California San Francisco. In 1985, he formed a consulting practice, Allen/Loeb Associates, with business partner Tim Allen. Allen/Loeb conducted research and provided evaluation, program development, and training in mental health, substance abuse, homeless, and HIV prevention services for San Mateo County, Monterey County, Contra Costa County, Mendocino County, University of California San Francisco Alliance Health Project and UCSF Trauma Recovery Center. He was research and training consultant for the National Institute on Drug Abuse Clinical Trials Network, Johns Hopkins University and Virginia Commonwealth University, co-investigator for Centers for Disease Control and Prevention, and principal investigator for Small Business Innovation Research grants to Allen/Loeb Associates in several topic areas, most recently in HIV prevention. He retired from Allen/Loeb Associates in 2020. He is also a musician, playing sax and keyboard in his Wall Of Blues band for the past 18 years, which has performed at the Half Moon Bay Brewing Company, the Mildred Owen concert hall for Pacifica Performances, the Fog Fest, the Pumpkin Festival, Rock The Block, Cameron’s Pub, Mac Dutra Park, and American Legion Post 474. He also has recently played in other bands including the Whiskey Hill Billies, Midnight In Laredo, ZAP The Show, and has been a regular participant in Stan Erhart’s Coastside Jam at American Legion Post 474. 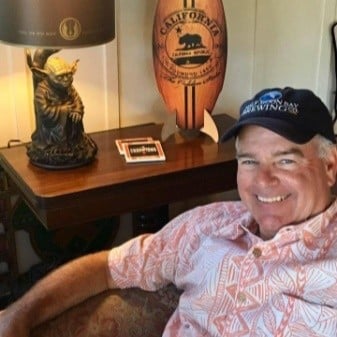 Director, Founding Chair
Lenny Mendonca recently retired from his positions as Chief Economic and Business Advisor to Governor Gavin Newsom of California and Chair of the California High Speed Rail Authority. He is a Senior Partner Emeritus of McKinsey & Company and a Lecturer on Inequality at the Stanford Business School. He founded McKinsey’s U.S. state and local public sector consulting practice. He also oversaw their knowledge development, Chairing the McKinsey Global Institute and the Firm's communications, including the McKinsey Quarterly. He served for a decade on the McKinsey Shareholder Council (its Board of Directors). He retired from McKinsey in 2014. He was formerly the Chair of New America and Children Now, co-Chair of California Forward, and co-founder and Chair of Fusecorps. He was the Vice-Chair of Common Cause. He is the Chair Emeritus of the Bay Area Council and their Economic Institute, and was vice-chair of the Stanford GSB Advisory Council. He was a trustee at the Committee for Economic Development. He served on the boards of Fidelity Charitable, Western Governors University, UC Merced, The Educational Results Partnership, The College Futures Foundation, California Competes, The Opportunity Institute, Commonwealth Club, National Association of NonPartisan Reformers, and The Guardian.org. He is a member of the Council on Foreign Relations. He served on the Board of Trustees for Junior Statesmen of America, and the Advisory Boards of Y Analytics, QB3, the Haas Center at Stanford, Third Sector Capital, The CA Community College Chancellor's Office, Measures for Justice, and the Public Policy Institute of California. He received his MBA and certificate in public management from Stanford. He holds an AB, magna cum laude, in economics from Harvard. He lives on the Half Moon Bay coast with his wife, Christine. They raised their two daughters, Allie and Rebecca, there and are the founders and owners of the Half Moon Bay Brewing Company, The Inn at Mavericks and the Pacific Standard Taproom. He was the Founding Chair of the Coastside News Group (Half Moon Bay Review). 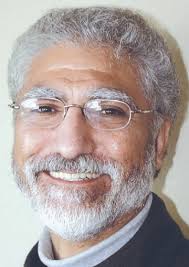 Director
Roy is an entrepreneur. He has been involved in many local issues, including serving on the Grand Jury and acting as co-chair for the successful Measure K school bond measure.