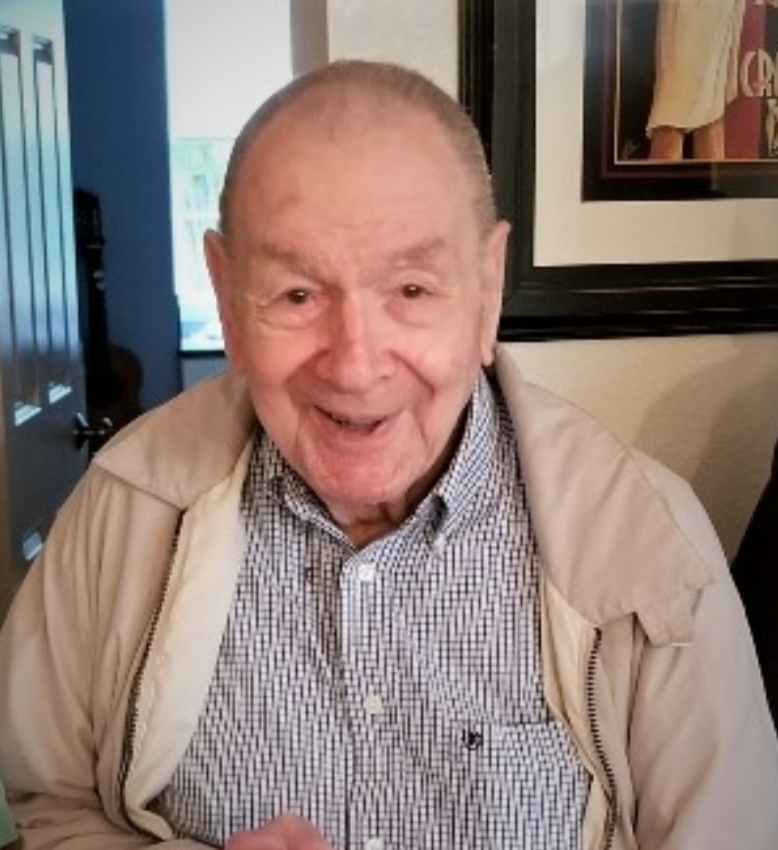 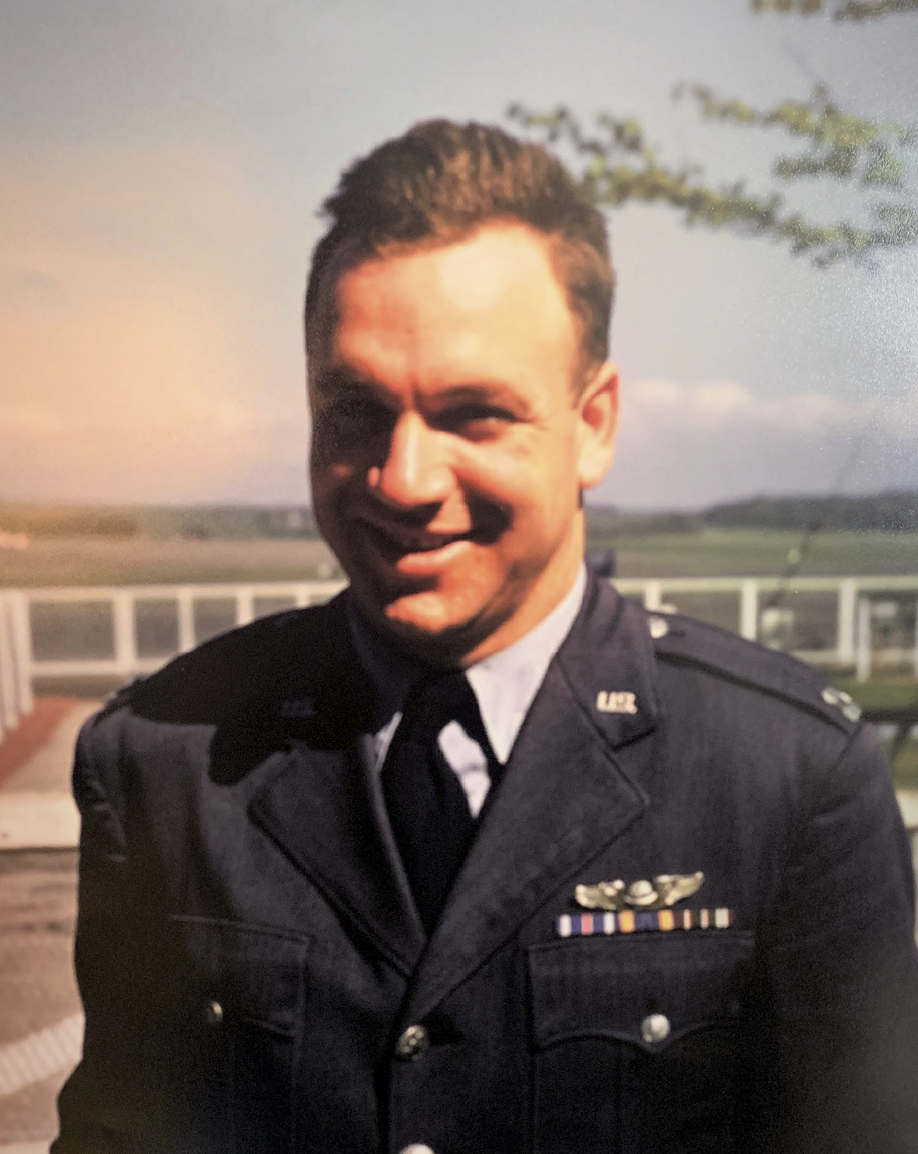 Malcolm Conrad McIntire passed away peacefully on Sunday, Nov. 22, surrounded by family at his home in Pacifica. He was 101 years old.

His greatest love, besides his family, was reading. He read many books and periodicals, right up until the last weeks of his life. He enjoyed many topics, but his favorite subjects were science, economics and history.

Malcolm was born at home on May 8, 1919, in Comins, Mich., to Daniel and Eva McIntire. When he was 11, his family bought a farm in Sanilac County, Mich.

Malcolm’s early education consisted primarily of book-reading and his father’s instruction. It was not until the age of 8 that he began public schooling; because of his advanced knowledge, he was placed in the fifth grade. Due to his academic progress, Malcolm’s father had him skip several grades. Malcolm was bright and learned quickly and was able to complete his formal primary school education, which ended in ninth grade.

In 1940, Malcolm enlisted in the Army. “My mom went through all her things and gave me all the money she had,” Malcolm said, “and that was $2.” In the military, Malcolm completed navigation school and received his commission on Sept. 9, 1942. He was assigned to the 9th Air Force 376th Bomb Group, stationed in Benghazi, Libya, flying in B-24 (Liberator) bombers.

On Aug. 1, 1943, Malcolm received the first of two Distinguished Flying Crosses for his participation in the raid on oil refineries in Ploesti, Romania. Of the 177 B-24s on the mission, 57 were lost and 532 airmen died. Malcolm ultimately flew 36 missions before returning to the United States.

After the war, Malcolm returned to Michigan where he married Blanche Elizabeth Vaden in 1948. Their first son, Alan, was born in 1950. Malcolm reenlisted in the Air Force and went to England where he flew in an air rescue squadron. There he had his second child, Maxwell, in 1953. He left active duty in 1953.

In Michigan, Malcolm and Blanche had two more children, Dale and Claire. He studied law at Wayne State University in Detroit on the GI Bill. After receiving his law degree, Malcolm passed bar exams in Michigan and Washington, D.C.

He got a job with the Veterans Administration and the family moved to California in 1962, eventually settling in Pacifica, which he would call home for more than 50 years. Malcolm and Blanche loved the town, the proximity of the beach and the wonderful setting it provided for raising a family; they were longtime members of St. Andrew Presbyterian Church.

Malcolm was preceded in death by his wife, Blanche. He is survived by his children Maxwell and Dale McIntire, and Claire Spencer; grandchildren Daniel and Nathan Taufer, Angela, Ian, Brenda and Melanie McIntire, and Caitlin Curtis; and one great-granddaughter, Natalie Taufer. His eldest son, Alan, passed away Nov. 1. Both Malcolm and Alan will be missed dearly.

Donations in honor of Malcolm may be made to St. Andrew Presbyterian Church.

Add an entry as Guest

Add an entry
Watch the guestbook. Stop watching this guestbook.

Peacefully at home in Pacifica with his family by his side, Javier passed on Jan. 2 at age 69. Dearly beloved husband of Barbara Clark and loving father of Alexander J. and Gabriel A. Clark-Romero, Javier is also survived by many other loving relatives. Private services will be held at a lat…

There is no way to truly describe the full life of Marvin Morganti in this brief obituary. Marvin was a wonderful man who gave of himself unconditionally. He was loved, is missed and will always be cherished. Our “Papa,” as he liked to be called by his grandchildren, was an amazing husband, …

We said goodbye to Margie Lucille D’India, 87, on Dec. 19, 2020. Margie was born to Valetta and Oliver Borchardt on May 8, 1933, in Chicago, Ill. After a five-year engagement, she married Philip William D’India on Aug. 1, 1953, and together they raised their three children, Cheryl Bolton, Bi…

Raquel Fuentes Garcia passed away peacefully on Sunday, Nov. 29, 2020, surrounded by family in Pacifica. Raquel’s greatest loves were her family and cooking. Her recipes and dishes were the highlight of many families for multiple generations who dined at the Acapulco restaurant in Rockaway B…

Bonnie Lee Hurwood, age 79, passed away peacefully on Nov. 16, 2020, in Vancouver, Wash., after a decade-long battle with dementia. Born in San Mateo, Calif.,Bonnie received a full-ridescholarship to the San Francisco Conservatory of Music upongraduation from Capuchino High School in 1959. A…

Ian Anderson Owens, a beautiful, big-brown-eyed angel, was sent to us 46 years ago, but he was unexpectedly taken from us, it’s believed, on Tuesday, Dec. 8, 2020, apparently from a heart attack. “Handsome man” was the pet name given him by his loving mama, Sally Owens, since his birth in Sa…

Mary Rose Favuzzi went peacefully to be with the Lord on Nov. 28, 2020, at the age of 95. Mary Rose was born to Giovanni and Salvatrice (DeSimone) Bartolotta, Aug. 30, 1925, in the Bronx, New York. Mary Rose met her beloved husband, Dominick, on the dance floor, and they were married Sept. 2…

Kenneth Michael Krause of Pacifica, Calif., passed away unexpectedly at his home of a cardiac-related condition on Nov. 30, 2020, at the age of 73. He is cherished and survived by his loving wife, Judy, of 48 years, and his three children Renee, Christopher and Kevin as well as their spouses…

1928 – 2020 Our beautiful mother and grandmother quietly slipped into eternity early Dec. 9, 2020. Born to Portuguese parents in Hawaii, she was raised in Honolulu. She was walking to Mass that “day that will live in infamy” and witnessed firsthand the destruction. She worked summers in orde…