You are the owner of this article.
Edit Article Add New Article
You have permission to edit this article.
Edit
Welcome, Guest
Home
News
Coronavirus
Sports
Community
Opinion
Obituaries
Classifieds
Calendar
Services
About
SUBSCRIBE
1 of 3 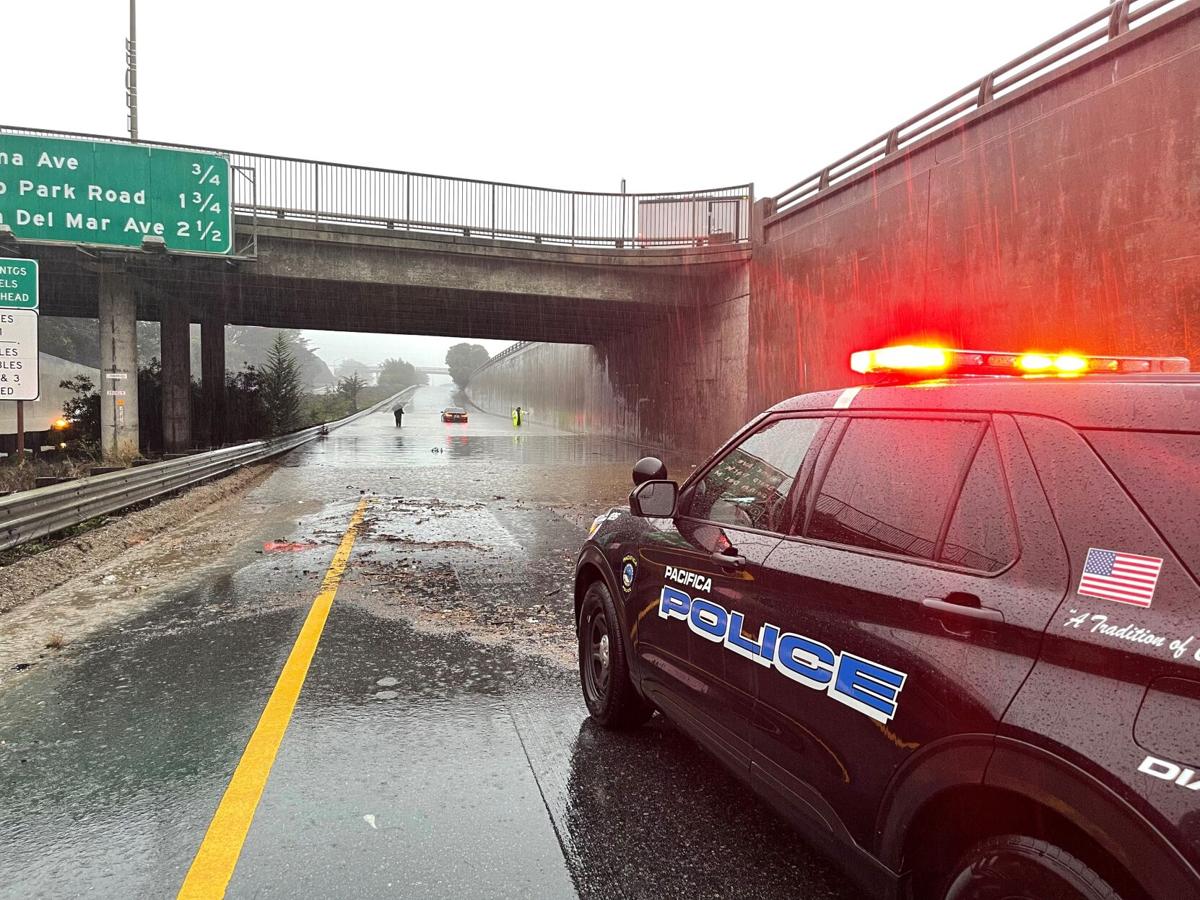 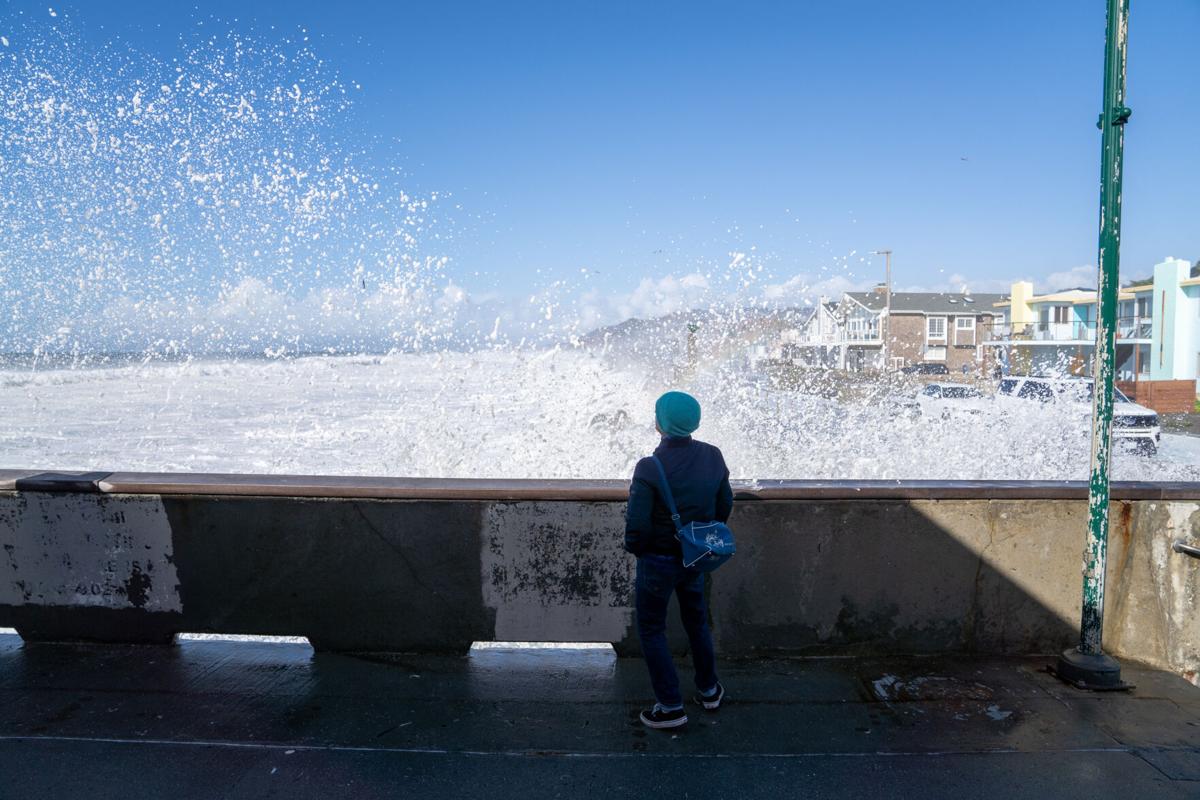 A man gets too close for comfort as a waves crashes over the sea wall at Pacifica Pier. Adam Pardee / Tribune 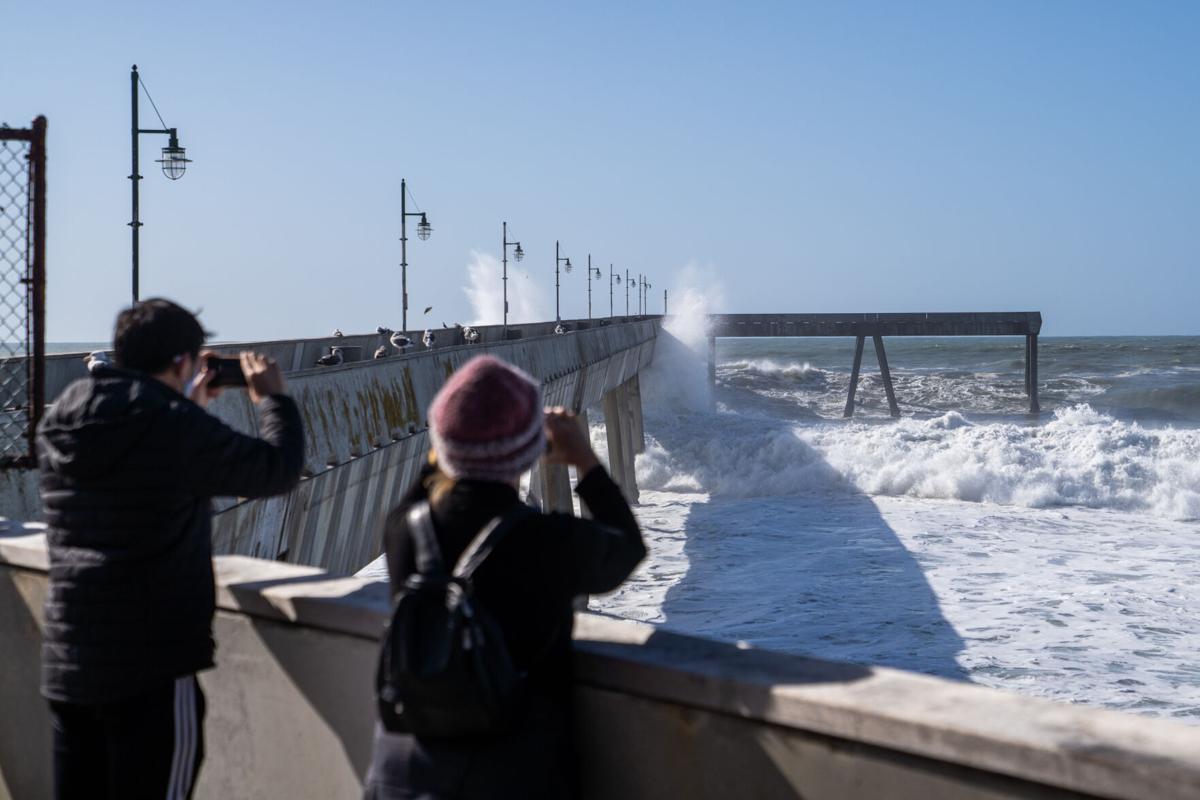 People came to the pier to see the high surf break over the sea wall and touch the top of the pier. Adam Pardee / Tribune

Heavy rain and persistent winds blew over the Bay Area over the weekend, prompting evacuations, flooding roads, and knocking out power for thousands of residents. Pacifica experienced more than six inches of rain in 48 hours.

The heavy, sustained rain caused trouble across the city. One problem: elements of the city’s sanitary sewer system were overwhelmed. City Manager Kevin Woodhouse reported a sewer overflow at the Linda Mar pump station, which sent effluent flowing into the ocean. As a result, the city is required to keep Linda Mar Beach closed for at least three days to allow for testing by the San Mateo County Health Department.

The Calera Creek Water Recycling Plant processed more than 17 million gallons in a 24-hour period, more than four times the normal flow. Woodhouse said the city’s 2.1-million-gallon equalization basin, which was built to comply with orders to eliminate sewer overflows, performed as expected but was simply not enough to prevent the overflows. There were unconfirmed reports on Tuesday that flooding continued around the Linda Mar pump station.

Elsewhere in the city:

Conditions improved with daybreak on Monday. Authorities lifted evacuation orders in San Mateo County for a few South Coast communities in the CZU Lightning Complex fire burn zone. The National Weather Service also lifted its wind and flash flood advisories. The Temporary Evacuation Point set up by the county and Cal Fire at the Ted Adcock Center in Half Moon Bay was closed.

More than 4.55 inches of rain fell in Half Moon Bay over the past 48 hours, according to the National Weather Service. That was moderate compared to elsewhere in the region. In the North Bay, Mount Tamalpias recorded 16.55 inches in the same span.

Residents across the region posted images and videos on social media of fallen trees that took down power lines and closed streets. In Pacifica, power remained out into Monday for much of the Sharp Park neighborhood, affecting at least 500 customers as well as a few residents in Linda Mar, according to PG&E’s outage map. Some structures in El Granada and Moss Beach remained without power as of Monday afternoon.

It was a historic storm in terms of rainfall. Golden Gate Weather Services estimated about 4.02 inches of rain fell in San Francisco on Sunday, making it the fifth-wettest day in the city for the last 172 years. The consulting company stated that the weather event was the region’s third-largest storm according to its Bay Area Storm Index. The index rates a storm’s power based on factors like sustained rain, wind and gusts. Sunday’s rainfall was scaled as a 9.7 out of a possible 10.

About a foot of water stood on part of Pescadero Creek Road, according to Cal Fire spokeswoman Cecilie Juliette. The hazardous road conditions on Sunday sent emergency personnel scrambling. Cal Fire crews from the Felton Emergency Command Center responded to 124 incidents over 24 hours on Sunday in San Mateo and Santa Cruz counties. That’s nearly five times the average of 25 to 30 responses.

While meteorologists say that the worst of the storm appears to have passed,

August Howell is a staff writer for the Review covering city government and public safety. Previously, he was the Review’s community, arts and sports reporter. He studied journalism at the University of Oregon.