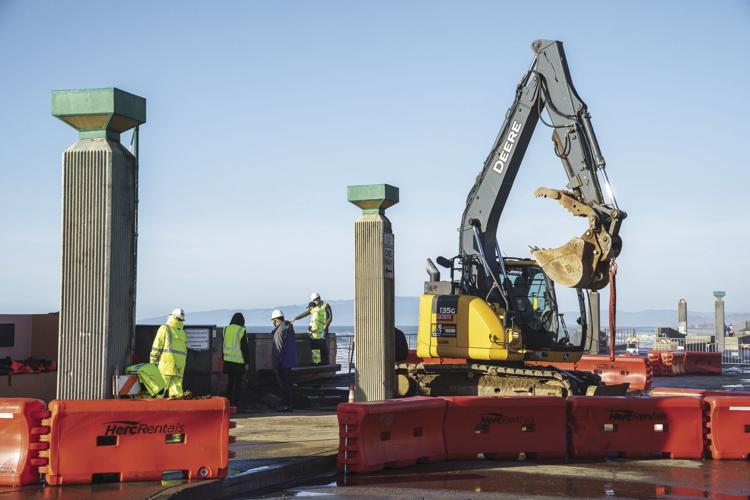 The city of Pacifica can make repairs to a storm-damaged city pier with the help of a large grant from the California Coastal Conservancy. 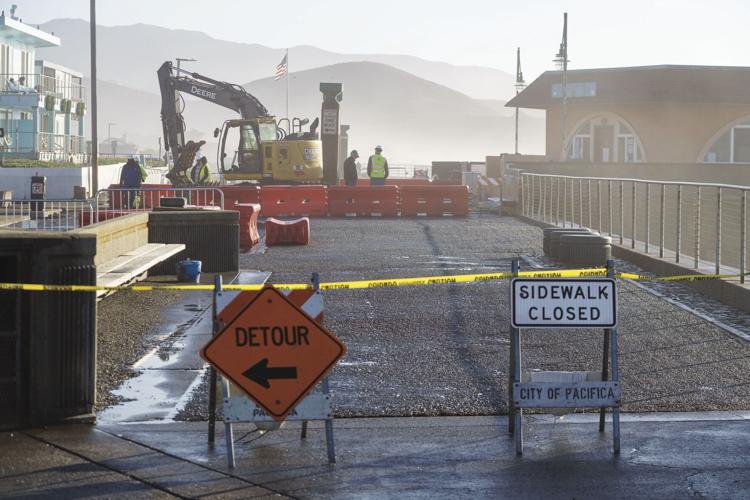 Work on the Pacifica pier, coupled with the ongoing Beach Boulevard Infrastructure Resiliency Project, is expected to shore up an area of the city that lures tourist dollars to the city.

The California Coastal Conservancy authorized a grant in the amount of $260,000 to repair the Pacifica pier at its May 5 meeting.

The project financing for the pier includes the Coastal Conservancy grant as well as $500,000 from the California Department of Parks and Recreation and $76,000 from the city of Pacifica for a project total of $736,000.

The Conservancy staff report for the pier says Pacifica must provide a detailed work program, schedule and budget, and supply names and qualifications for any contractors to be retained. It must also acknowledge Conservancy funding and show evidence that all permits and approvals required to implement the project have been obtained.

In addition, the city is required to incorporate the guidelines of the Conservancy’s Coastal Access Project Standards.

In January 2021, high waves and high tides damaged a 40-foot section of the pier’s west-facing deck and concrete railings. The project consists of replacing all 164 pier panels, 110 of which were determined to have moderate to severe damage. The Beach Boulevard Infrastructure Resiliency Project will build a new seawall that includes the abutment at the foot of the pier. The city has received $1.5 million in state funds for that project.

The very popular fishing and walking pier has been operated and maintained by the city under a long-term lease agreement with the State Lands Commission. The pier is adjacent to the Coastal Trail.

On the grant applicant qualifications, the Coastal Conservancy staff report states the city’s Finance Department tracks all expenditures and works closely with Public Works to manage state grants per state guidelines. The city has sufficient cash flow to pay for the project upfront and then request reimbursement and has several project managers with professional engineer licenses to oversee the project, as well as specialized hired consultants, the staff report states.

The city is committed to ensuring the pier remains a long-term recreational asset. The Coastal Conservancy awarded a $500,000 grant to the city in 2002 to make repairs then. The city successfully completed that project, the staff report states.

The project meets the Conservancy’s Project Selection Criteria because the project is a good investment of state resources, its benefits will be sustainable or resilient over the project lifespan, it delivers multiple benefits and significant positive impact, and the project was planned with meaningful community engagement and broad community support, the staff report states.