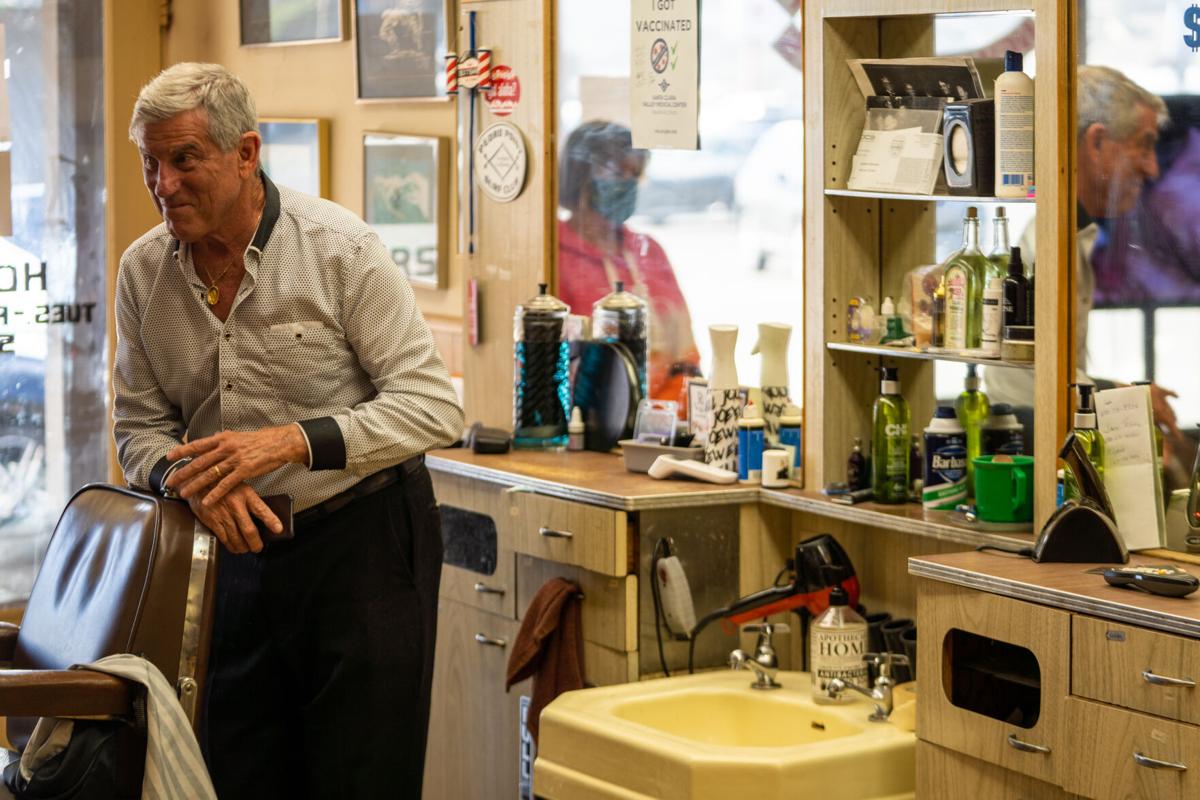 Owner of Coastside Barber Shop Glenn Stenstrom chats inside his shop on his last day of ownership on Saturday, Feb, 19, 2021. Adam Pardee / Tribune 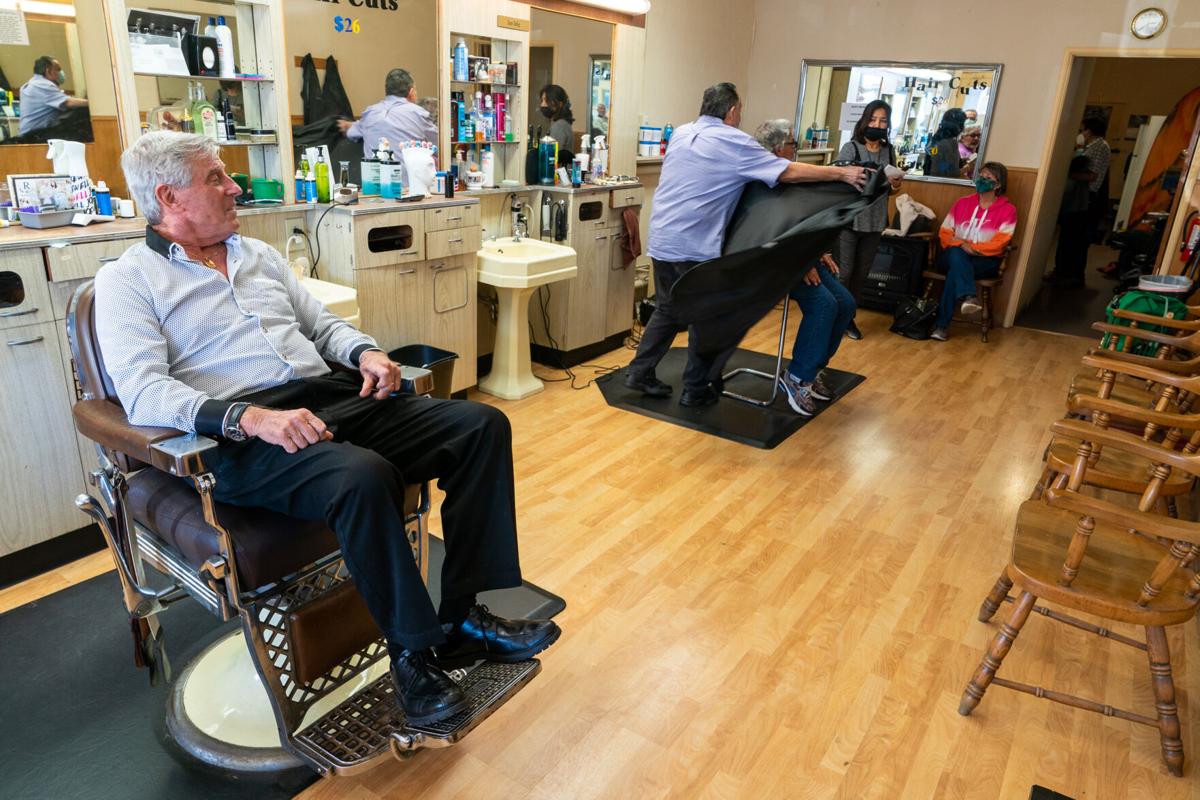 A long-standing Pacifica barber shop welcomes a new owner this week. Coastside Barber Shop on Bill Drake Way, in business since 1956, is now owned by Mery Diaz, who cuts men’s and women’s hair.

Sam Tellez has been there with the most recent owner, Glenn Stenstrom, since Frank Nash, the original owner, retired in 2014. Stenstrom announced he was closing the barber shop at the end of February.

He posted a goodbye letter on the door of the shop that reads, “This is a sweet sorrow. Goodbye to all our clients. This is the end of our chapter in our lives. It’s been our pleasure to serve you. When you see us, please say, ‘Hello.’”

But the shop got a new lease on life with a new owner. Tellez and Stenstrom will have more time to take care of their customers.

They are both 77 years old and didn’t want to sign the new five-year lease offered by the landlord, KIMCO, Tellez said. But Diaz took over the shop and now he will work Tuesdays, Fridays and Saturdays. Stenstrom will work Wednesdays and Thursdays.

Friends since they were in the Westmoor High School class of 1961 and later fellow students at barber college, Tellez and Stenstrom have worked together on and off for the last 30 years.

Born and raised in Pacifica, Tellez fondly remembers attending kindergarten at the Little Brown Church and attending many social functions at Sam’s Castle. Tellez owned another barber shop near Mazzetti’s Bakery then moved his business to Santa Rosa for a while.

“This is my retirement job,” he said, noting he worked as a carpenter and an alcohol and drug counselor.

Stenstrom, as well, resumed his barbering in his retirement after teaching physical education to seventh and eighth graders in Pacifica School District schools and starting a wood shop at Ortega School.

“Now those students come in with their grandchildren,” he said.

He placed second in the trials for the U.S. Olympic wrestling team. He attended the Olympic training camp and was invited to go as an observer, not a participant. He decided to put his energy into coaching a wrestling team that made it all the way to the nationals.

He is a very active surfer with Pedro Point Surf Club. He’s traveled all over the world to surf and dive for abalone and fish. In Pacifica, he met legendary surfer Dick Keating, who inspired him.

He recalled the early days when Frank Nash and his father Bill Nash owned the barber shop. They hired him right out of high school. He worked his way through college in Colorado.

“They helped me every way they could. They let me sleep in the back of the

shop. They loaned me a car. They let me keep all the money I earned for college,” he said.

“We’ve had everything from doctors and dentists to murderers and perverts. We got along with all of them. Olympic gold medalist in wresting Bill Smith came in here,” Stenstrom said. “The shop has been very good for all of us. It’s been a good ride.”

This version corrects the relationship between Bill and Frank Nash.