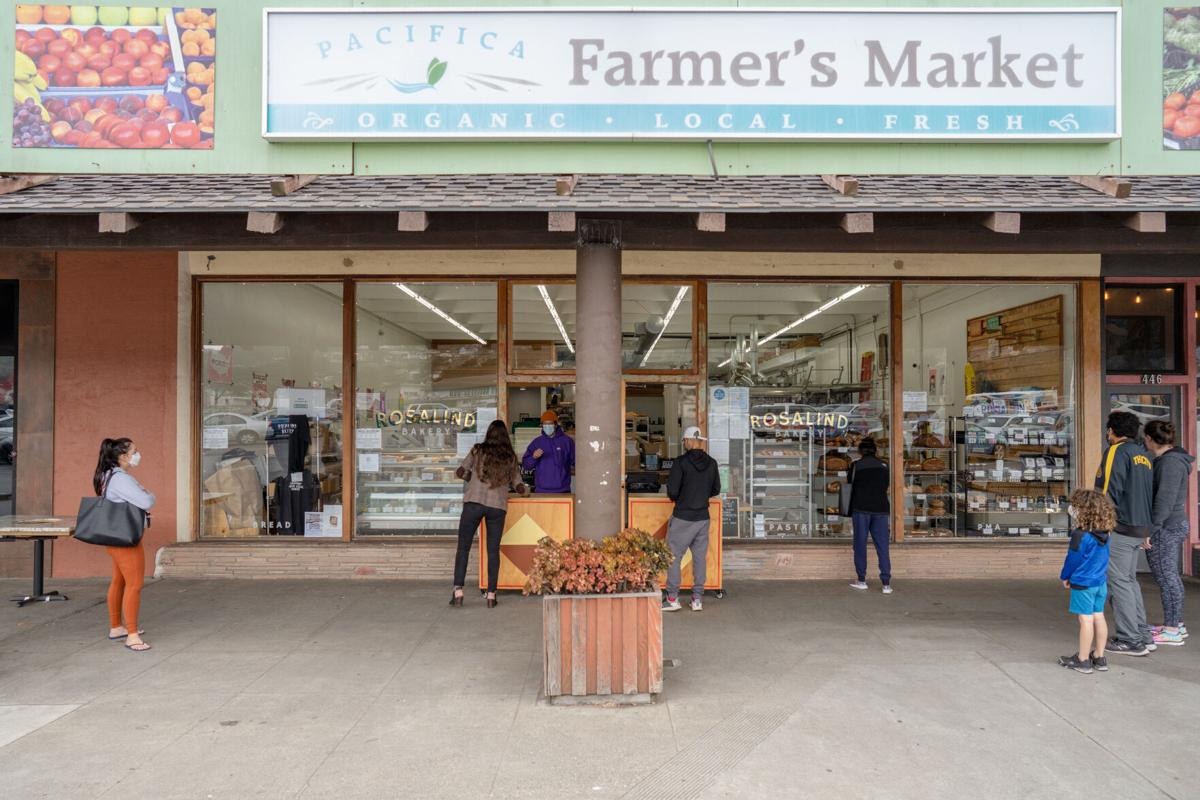 Customers order and pickup their baked goods and coffee at Rosalind Bakery in the Manor neighborhood of Pacifica on Friday. Adam Pardee / Tribune 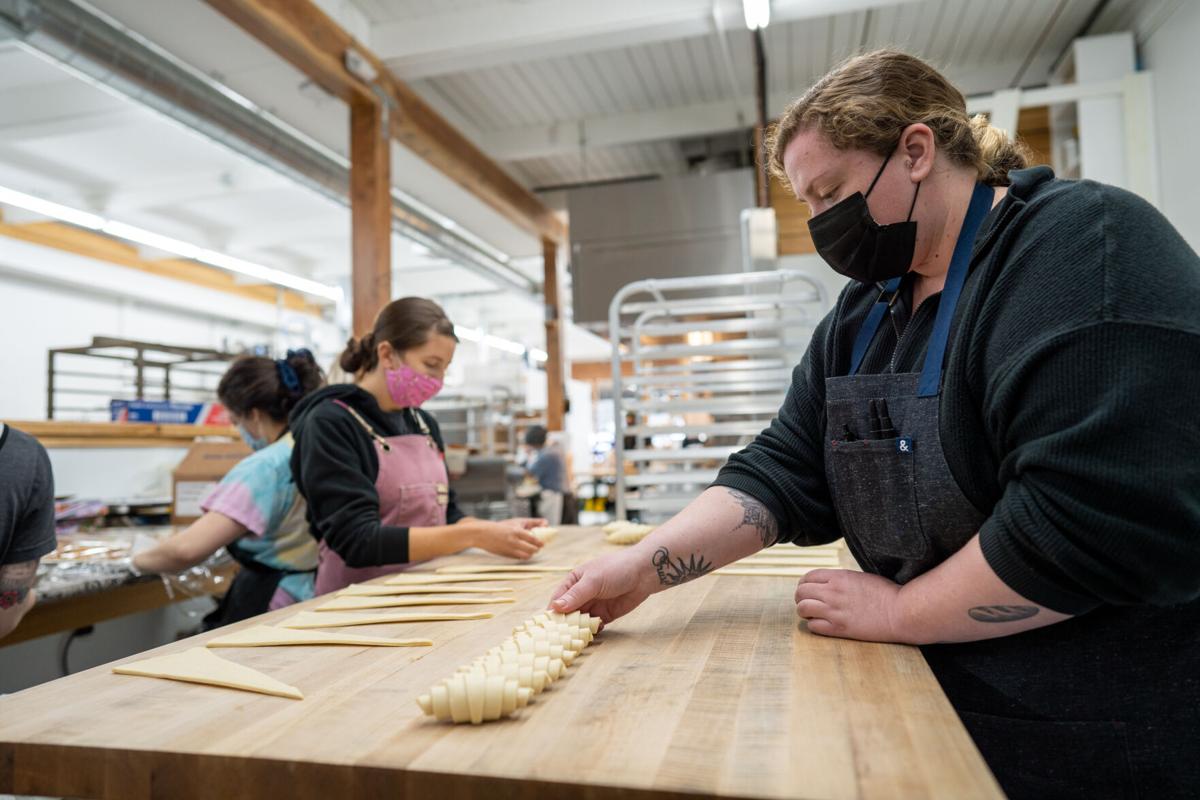 A Pacifican worked hard to perfect his dream of a perfect bread loaf, and a legion of fans attest that he got it right. Rosalind Bakery, named after Matt Kosoy’s maternal grandmother, features breads, pastries and cookies in Pacific Manor Shopping Center.

A Vallemar resident since 2014, Kosoy and his wife, Sabah, came to Pacifica several times a week to surf before settling in town. He worked as a web developer for 17 years before his dream to open a bakery took shape. His most recent job was with Specialized Bicycle Components. He grew up in a Philadelphia suburb.

Moving to Pacifica for the quality of life and the surfing, Kosoy loves all things outdoors — camping, snowboarding and cycling. He also likes to cook, of course.

He’s been working at home on baking bread since November 2016. Self-taught, he spent a lot of time trying to get it just right, he said. He gave loaves to neighbors and sold some in front of P-Town Café. In 2017, he shared a commercial kitchen space in San Francisco and committed to selling bread at a weekly farmers market.

“I wanted to build a bakery in Pacifica. There is nothing like it in town. I have invested hundreds of hours so far over the last four years in research and testing to get the breads we have today,” he said. “I made mistakes, but kept adapting.”

It took a year before he was ready to open the bakery after taking over the business space. He and his friends and family helped him do a complete gut renovation and cleaning. After that process, he started to design and source out equipment.

On Sept. 5, 2019, Rosalind Bakery opened to the public. His wife was pregnant with their second child and it was a race to see which one would happen first, his son’s birth (he’s now 2) or the opening of the bakery.

“I want to show my children you can do anything by working hard,” he said. “I want to work with my kids and be a hard-working role model.”

of his artisan creations. Forty-eight hours later, they’re ready for the oven. He uses commercial yeast in other offerings.

“We worked hard to develop that formula. You see a difference in breads made different times of year. On rainy days, the bread comes out the best,” he said.

Bread by the loaf includes the most popular Coastside Loaf, a country-style sourdough; Olive Loaf with Kalamata olives, citrus zest and herbs; Sixty-Forty whole wheat; and the naturally leavened baguette. The baguette is Kosoy’s favorite for its versatility.

“You can break off a piece or make a sandwich. It’s also the most technically challenging to get the shape right,” he said.

He bakes the breads. Veronica Cotter creates the pastries and cookies. She was a culinary school student working on pastries when she found Kosoy. Cookie offerings include big chocolate chip cookies and snickerdoodles. The cookie recipes were developed by trial and error after they chose what kind of flour to use, Kosoy said.

Rosalind Bakery offers a full coffee menu and hot chocolate for kids of all ages. People lined up about six deep for the bakery’s offerings the last couple of weekends. Because of COVID-19, the inside is closed but takeout is available.

Seasonal soups and sandwiches are available, including eggs with pimiento cheese made in-house, a turkey sandwich, and a veggie sandwich. Sandwiches are served on Kosoy’s special hoagie roll he based on a roll in a restaurant in South Philadelphia. The veggie sandwich is loaded with slightly pickled, thinly sliced carrots and other veggies with hummus.

“The hoagie roll is very special for its ability to hold its shape. We make it for other restaurants,” he said. Palm City Wine on Irving Street in San Francisco is the client who asked him to develop the hoagie roll.

Rosalind Bakery now employs 27 people. The night shift stays until 1 a.m. and the day shift starts at 4 a.m. He credits General Manager Meredith Newkirk for keeping everyone organized and shifts backed up.

“We have such an amazing team. I’m happy with that. We are motivated to continue,” he said.